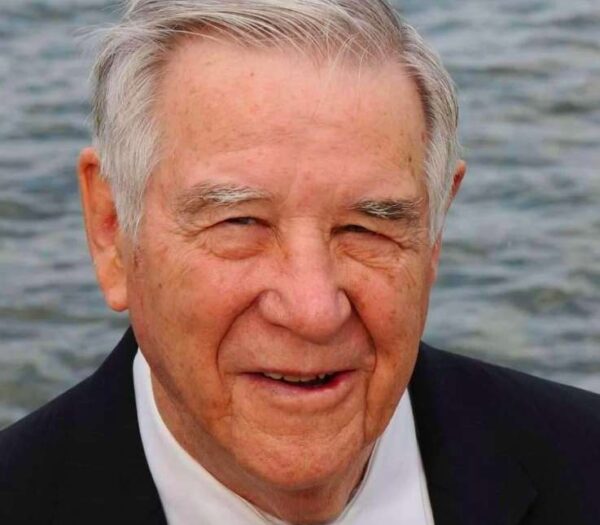 Alexandria Republican City Council candidate and community leader Townsend Van Fleet died in his Old Town home on Sunday, October 16. He was 87 years old, and his cause of death has not been released.

Van Fleet unsuccessfully ran for Mayor as an Independent in 2003, and for City Council in 2006 and 2015. He was the former president of Old Town Civic Association. He was also a member of the city’s Waterfront Commission for eight years and was a board member with the Federation of Civic Associations for 15 years.

“From my many years of being active participant in monitoring our local government, I have learned that the most effective and innovative ideas originate from the citizens,” Van Fleet told the Alexandria Gazette in 2015. “Alexandria is one of the most educated cities in the U.S. Our citizens possess a vast amount of knowledge on just about every subject matter imaginable.”

Van Fleet lived in Alexandria for more than 35 years. A 1958 graduate of West Point, he served in the U.S. Army for 23 years as a field artilleryman, and later attended the Army War College and received a master’s degree in public administration from Shippensburg State College. From 1976 until his retirement as a Colonel in 1981, Van Fleet managed the congressional affairs office for the Army’s Chief of Research, Development and Acquisition.

After retiring from the military, he founded his Old Town-based governmental relations firm, Van Fleet Associates.

“Van and I were on the opposite side of nearly every issue of consequence in our City,” Mayor Justin Wilson said. “But I found him a decent man who cared about his community and served our nation with distinction in the military. My thoughts are with his family during this difficult time.”

“He will be sorely missed,” his neighbor and fellow activist Boyd Walker said. “He was a well-meaning critic of city government that tried to keep them on their toes. In his later life he was a civic activist, and he might not always have been right, but he always had something to say.”

A memorial service for Van Fleet has not been announced.