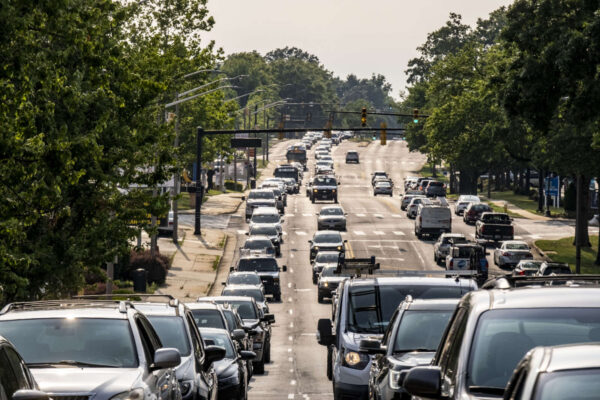 The City of Alexandria is eyeing three basic concepts for a Duke Street transitway to help boost bus service along the arterial road.

The three options presented at a meeting of the Duke Street Transitway Advisory Group last month ranged from the buses in the center of the street to mixed in with traffic. The options are:

In a presentation, staff said each option had its own benefits and drawbacks.

Center-running buses optimize corridor safety and create an increased transit time for buses, but they take up the most space on the road of any of the three options. Center-running buses also drew some concerns from the group who said they would force pedestrians on the bus to cross Duke Street to leave the bus stations.

Curb-running buses, staff said, are better on corridors with lower volumes of right turns. Roads with significant amounts of driveways or high turn volumes can chip away at the efficiency of a dedicated curb lane for the buses. The curb-running bus option, staff said, is the most flexible of the three, though it still requires taking space either from the roadway or the curb.

The last option is mixed traffic, which staff admitted doesn’t offer much by way of transit benefits since that is, fundamentally, how buses along Duke Street operate today.

“The advisory group is providing input on these concepts before the City solicits input from the community in October to help the Advisory Group narrow concepts under consideration,” a city release said. “The Advisory Group is anticipated to recommend a preferred concept by the summer of 2023.”