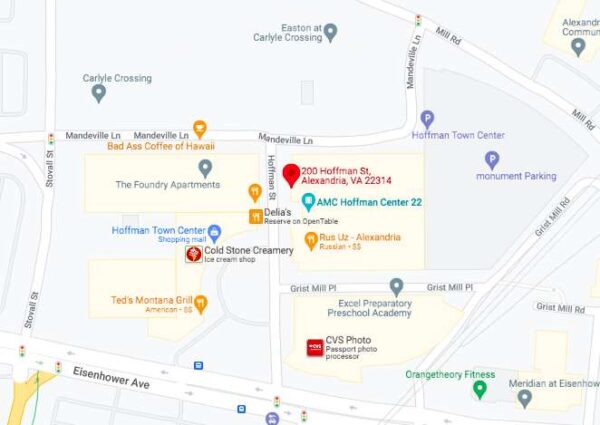 Several people were injured Saturday evening (September 3) after a man allegedly threatened to harm someone, leading to a stampede out of the AMC Hoffman Center 22 movie theater (206 Hoffman Street).

The incident occurred at around 6 p.m. and the suspect was gone by the time officers got to the scene. No arrests have been made, and all of the injuries were from people running out of the theater, police said.

“The threat was made at a theater, people ran out, but no other occurrences happened,” Alexandria Police spokesman Marcel Bassett told ALXnow.

No weapons were used, and the incident remains under investigation.

Anyone with information in connection to this incident can call the APD non-emergency line at 703-746-4444. Callers can remain anonymous.

Notification:: There is a heavy police presence in the 200 Blk of Swamp Fox Road. This is in response to a threat to harm call for service, minor injuries have been reported in connection with the incident. There is no threat to public safety. APD is on scene and investigating.