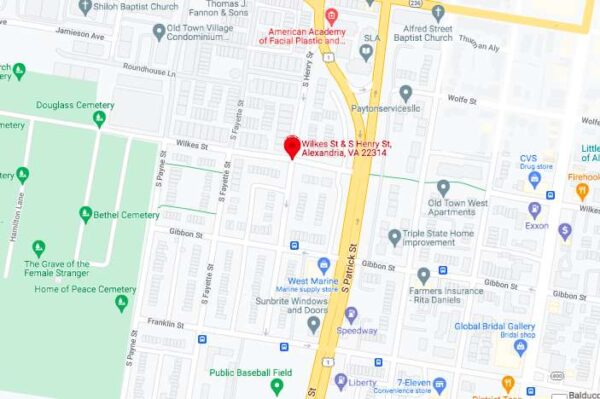 No arrests were made after several people ditched out of a stolen car in Old Town on Saturday night (August 13).

Police conducted a traffic stop in the area of S. Henry Street and Wilkes Street at around 7:30 p.m. The vehicle sped away, but was then stopped due to traffic.

A Fairfax County Police helicopter assisted in searching for the suspects. APD incorrectly tweeted that the incident occurred on N. Henry Street.

The car was stolen from the West End of the City. No one was injured in the incident and no property was damaged.

The investigation into the incident is ongoing.

Notification:: There is a heavy police presence in the area of North Henry Street and Wilkes Street in response to a grand larceny auto incident. APD is on the scene investigating and a Fairfax Police Helicopter is assisting.

END_OF_DOCUMENT_TOKEN_TO_BE_REPLACED

More Stories
Power outage hits hundreds on Seminary HillThese restaurants, salons and other businesses are for sale in Alexandria