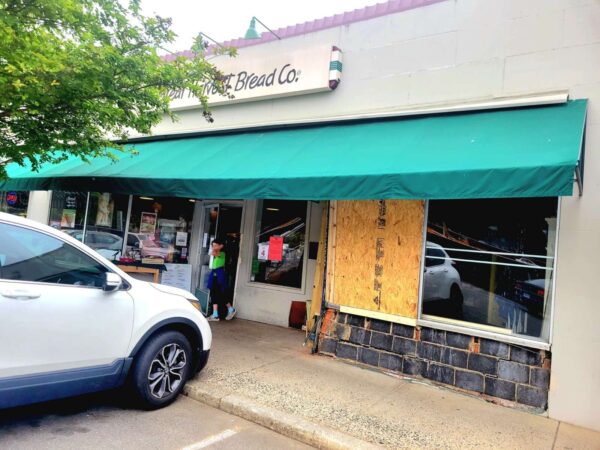 No one was injured after a car smashed through a front window of Great Harvest Bread (1711 Centre Plaza) in Fairlington Centre on Tuesday night (May 10).

The incident occurred at around 7 p.m., which is after the bakery is closed. An employee was working in a back room when a driver parked in front of the business put the car in drive instead of reverse and crashed into the building. No one was injured and the driver stayed at the scene.

“It was a new driver with their parent and they stayed at the scene,” shop owner Brad Hurst told ALXnow. “The repairs are going to take quite a while. I’ve gotten estimates from anywhere between a month to six months.” 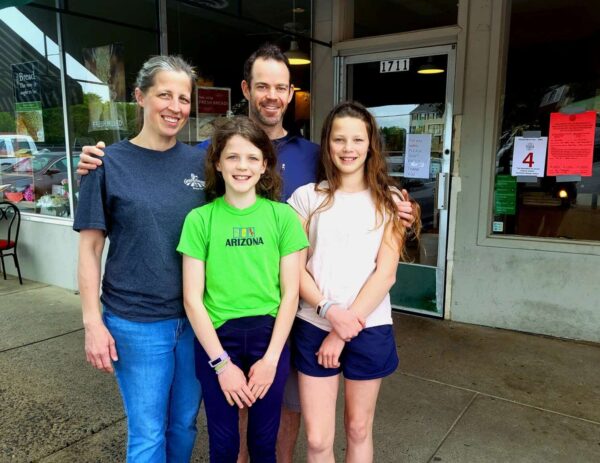 It won’t be until next Tuesday (May 17) that the shop will have its bakery back up and running. In the meantime, Hurst and his family have been selling bread and cookies outside the shop, which they have owned for the last seven years.

“The community has been great,” Hurst said. “We’ve had a lot of customers come by express their support and to say they’re sorry. We’re just super thankful for the community and customers we have.”