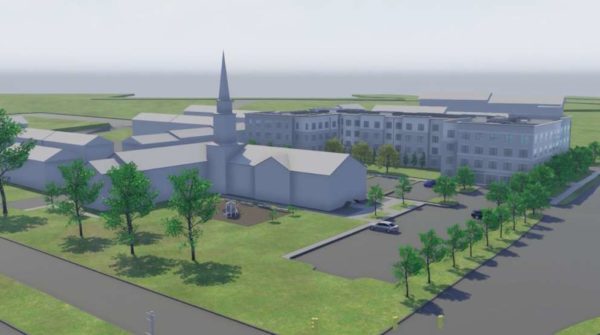 After a lengthy approval process dating back to 2018, The Waypoint at Fairlington is scheduled to break ground before the end of the year.

The project is a partnership between Wesley Housing and Fairlington Presbyterian Church to redevelop the underutilized church parking lot into an 81-unit multifamily development. A groundbreaking is scheduled for Wednesday, Dec. 9, though because of coronavirus the ceremony will be kept to limited attendance.

The development will have housing affordable to low and moderate income families and individuals at 30%, 50% and 60% of area median income.

There have been some concerns from neighbors, however, who think that the project would add traffic to an existing crowded intersection and take away parking for local residents.

Units in the building are scheduled to run from small studio apartments to three bedroom units.

“Residents will enjoy highly anticipated amenities such as free WiFi, a community room, enhanced public transport accessibility, and access to a playground and park space,” the developer said in a press release. 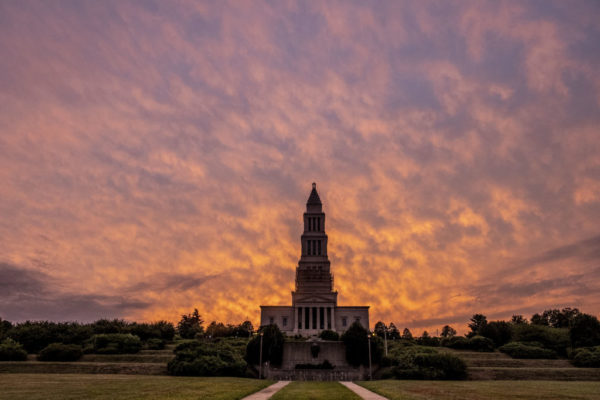 Dominion Says Sunday Power Outage Caused by Broken Pole/Cross Arm — “Update: A broken pole/cross arm caused the failure. We have been able to isolate the problem and are hoping to everyone back on line very soon.” [Twitter]

Retro Candy Shop Opening in Fairlington — “If you’re into nostalgic candy that will take you back to your childhood days, you’ll want to keep an eye out for the opening of Rocket Fizz, Soda Pop & Candy Shop at Fairlington Centre in Alexandria, according to signs posted in the windows.” [Alexandria Living]

The Following Bills Are Due This Month — “Bills for the 2020 second half real estate tax, refuse fees and stormwater utility fees are due Nov. 16. Make payments online, by phone or mail, or in person. Those unable to pay due to COVID-19 may be eligible for payment arrangements.” [Twitter]

Check Out These Cool Pumpkin Carvings in Alexandria — “For some 20 years, Rick and Lynne White have carved the humble pumpkin into a work of art. Their festive Halloween display on Emerald Drive in Alexandria’s Waynewood neighborhood draws a crowd every year.” [Zebra]

New Job: Move-In Coordinator at Goodwin House — “The move-in coordinator is responsible for the move-in process; provides support to marketing director and marketing associate. Establishes a professional, supportive and caring relationship with the independent living residents. Coordinates necessary paperwork and support services to ensure that the move-process is as pleasant an experience as possible for the resident. Serves as a resource person during the move-in process.” [Indeed] 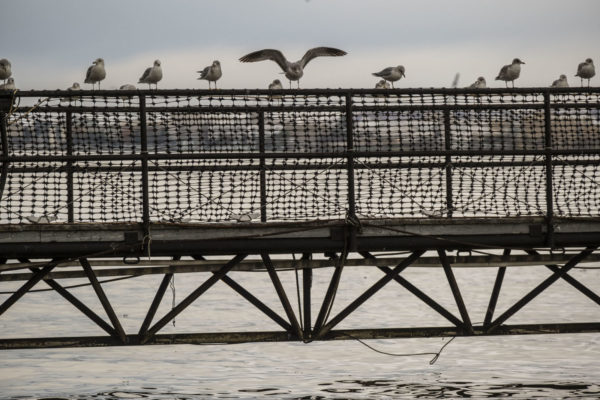 Longtime Bishop Ireton Teacher Dies — “It is with sadness but also with great faith in our Lord that we share that Mr. Ron Umbeck, a beloved faculty member at Bishop Ireton for more than 50 years, passed away earlier this evening. He is now at peace in Heaven and we are sure that he met St. Peter with a math book, a crossword puzzle, an It’s Academic prep sheet and a Bishop Ireton pin. He loved this school, but more importantly, he loved his students and his Bishop Ireton family.” [Facebook]

Mayor Talks About Coronavirus on PBS — “My thanks to ⁦@AlexandriaVAGov⁩ Mayor ⁦@justindotnet⁩ for spending time with us to talk #Virginia re-opening, concerns about virus spread, and how he’s balancing the two. Our report, produced by ⁦@courtneyknorris, on ⁦@NewsHour⁩ tonight…” [Twitter]

Fairlington United Methodist Church Warns of Scammers — “Scammers are out in full this summer. Please either a) ignore emails like this or b) report it to your email provider. This is not Janine’s email address, nor does she sign her emails Rev Janine Howard (nor does she break all sorts of grammar rules…) [Facebook]

Photographer Helps Unemployed Residents With Headshots — “Alexandria photographer Sam Fatima wants to do his part to help turn things around. He has partnered with Headshot Booker and Brookfield Properties for a new initiative aimed at helping the unemployed have a fresh start.” [Zebra]

New Job: Server — “Chadwicks Restaurant is currently looking to fill FULL- and PART-TIME server positions. Must be honest, hardworking, and capable of working well with others. Experience not a priority.” [Indeed] 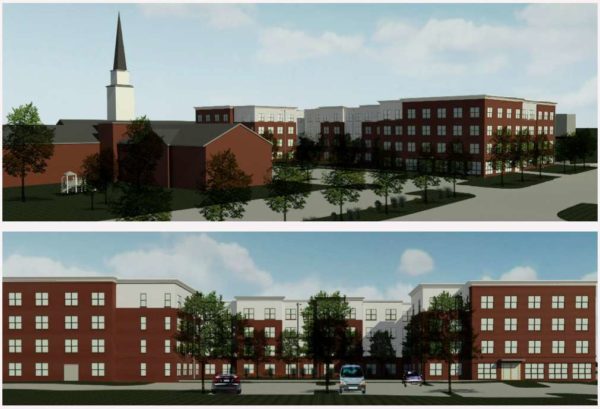 As The Waypoint at Fairlington moves forward, some old traffic concerns and misconceptions about the project have resurfaced.

The Waypoint, and 81-unit affordable housing development at Fairlington Presbyterian Church (3846 King Street) was approved in 2018, but old criticisms of the project’s added density flooded the comment sections when the city applied for federal funding from the Department of Housing and Urban Development HOME Investment Partnerships.

“While the FCA Board takes no position on the specific design of the pending proposal — though we have heard no complaints about it from any of our residents — we believe it aligns well with the church’s history and mission,” the FCA said in a statement to city staff. “The FCA also supports the effort to provide affordable housing, which is essential to the sustainable growth of our community, and believes that the proposal would make an important contribution to expanding affordable housing in this part of Alexandria.”

Others like Carter Flemming, president of the Seminary Hill Association, which represents many of the neighbors nearest to the church, said the lingering discontent is a result of residents both feeling like they were ignored during the civic process and a general fear that the project will only exacerbate problems at the intersection of Van Dorn Street and Menokin Drive.

“It’s a tricky intersection at best,” Flemming said. “Adding this many cars coming out from a garage, people are concerned about that.”

A traffic study by contractor Wells and Associates looked specifically at that intersection, and found that traffic levels were within acceptable parameters, although there were some delays at the site.

END_OF_DOCUMENT_TOKEN_TO_BE_REPLACED

The Fairlington Presbyterian Church is another step closer to building an affordable housing complex in its parking lot.

City officials announced Thursday they will submit a request early next month for U.S. Department of Housing and Urban Development HOME Investment Partnerships funds for The Waypoint at Fairlington — a four-story, 51,000-square-foot development at 3846 King Street.

The church has been considering development proposals on the property since 2016. The City Council approved the project in 2018.

City officials said the project would not have a “significant impact on the human environment.”

Construction is planned to begin in late summer.

Posted by Office of Housing, City of Alexandria, VA on Thursday, April 16, 2020

Studholme said the plan is to close the store “when the inventory runs out.” Initial plans were to do so by the end of October, but he said that will likely run into November with closure before the end of next month.

Virtually everything in the store outside of bird feed is marked with an at least 25 percent discount. The walls are lined with birdwatching paraphernalia, from telescopes clocking in at several hundred dollars to bird-themed socks and earrings at $10.

But One Good Tern is more than a store. Like a busy bird feeder, customers come and go, chatting and chirping at each other. As the store comes into its final stretch, there’s a constant flow of people in and out. It’s a gathering place for a niche community, with Studholme at its heart.

“I don’t know what we’re going to do once he goes,” one customer said.

Studholme didn’t found the store — a man named Mark Farmer founded it in 1986. Studholme started working there part-time in 1999 and two years later, bought it from the woman who’d replaced Farmer. Studholme, who’d previously worked in other retail jobs, described himself as a shopkeeper through-and-through who has had a longtime passion for birds.

He was born in Massachusetts and his father worked in fish and wildlife. Studholme recalled that all of his father’s friends also worked in that field and talk of nature filled his house. One friend went on a walk on the beach with Studholme when he was five and while most adults tended to ignore children, she talked to him and really listened to his questions.

“I knew about birds, but that was really the extent of my five-year-old knowledge,” he said. “She pointed to the sanderlings running down to the water’s edge and coming back to avoid getting wet, and it really anthropomorphized them. I found out later that was Rachel Carson, who wrote Silent Spring and ignited the eco-movement in America.”

Studholme said that beach walk with Carson helped to shape his passion for birds and nature, though he didn’t it until later. But since then, Studholme has passed that passion for nature onto visitors to the store. It’s mostly birds, but customers come into the store and ask Studholme about things like hibernation patterns of chipmunks and other nature questions.

“I was able to feed the robins the cranberries like you suggested,” a customer told him.

“He’s got all the knowledge,” another said.

One customer came in to ask whether he should take a position in a rare-bird focused organization.

“It’s a thankless job,” Studholme said, “but when has that ever stopped you? You worked at the Pentagon.”

Studholme doesn’t hide from his customers that he’s facing the end stage of kidney failure. A transplant could extend his life for ten years, and he said he’s keeping his options open, but Studholme said many of the treatments involve a great deal of pain and his preference would be to spend his final years in comfort.

END_OF_DOCUMENT_TOKEN_TO_BE_REPLACED 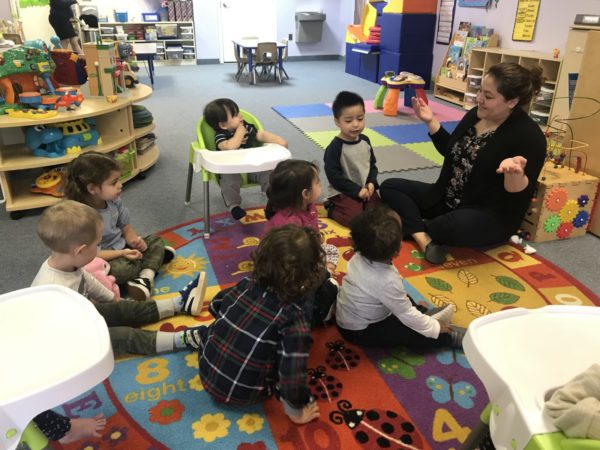