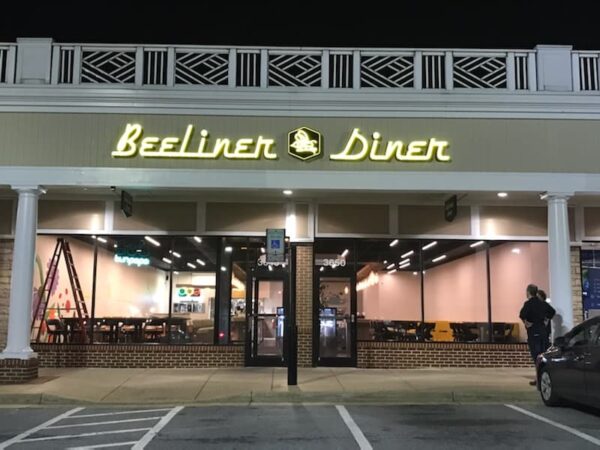 Noelie Rickey and Markos Panas have been busier than bees lately, and on Thursday (Feb. 24) their Beeliner Diner officially opened in the Bradlee Shopping Center.

The new family restaurant at 3648 King Street is the former longtime home to Atlantis Pizzeria & Restaurant, which closed early last year. Rickey, Panas and partner Dagmawi Abedje also own the Bread & Water Company bakery in the Belle View Shopping Center. They opened a Bun Papa pop-up at the King Street location in November, and the space has been expanded to include the BeeStreet Virtual Food Hall, which is a collection of pop-up concepts ALX Pizza, Boom Chicky (fried chicken) and Bun Papa.

Rickey was raised in the Wallingford neighborhood of Seattle, Washington, where there was the original Beeliner Diner.

“It was one of those places where you could go where they were very accepting and tolerant of everybody,” Rickey said. “I just grew up loving the place because it was pure diner food. They closed years and years ago, and I just always loved the name and I loved the vibe of the place, which was so welcoming.”

The 5,000-square-foot restaurant holds 130 seats, including 38 at the milkshake bar. 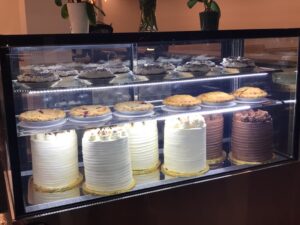 Panas said that the multiple concepts for the restaurant were the result of the pandemic, as they were forced to shut down a location at the Torpedo Factory Art Center and stop selling wholesale baked goods to local businesses. Their Bun Papa concept also expanded with a location in Capital One Arena.

Panas and Rickey opened Bread & Water Company  in 2013 in the Belle View Shopping Center, and had a serious shakeup after a six-alarm fire destroyed neighboring businesses in October 2019.

“The fire and the pandemic completely changed how we were going to do business moving forward,” Rickey said. “And now we have a full house. Everybody looks really happy, and I’m thinking maybe we’re just ready for this sort of thing at this point. Obviously the staff are wearing masks, but I think this is what people are ready for. People are ready to be together again.”