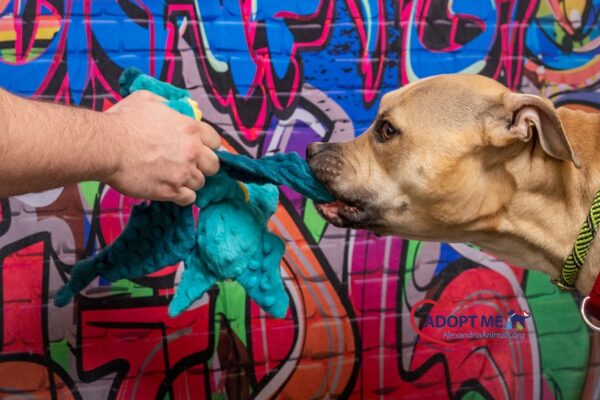 Like big dogs? This weekend (Feb. 18 to Feb. 21) the Animal Welfare League has waved adoption fees on all pets weighing more than 30 pounds.

One of those big pooches is Mars, a 56-pound three-year-old fawn-colored terrier mix.

“Mars is an active guy whose favorite game is tug-of-war, which he’d be happy to play with his new best friend all day,” AWLA spokesperson Gina Hardter told ALXnow. “Despite his sometimes silly demeanor, Mars is a mature adult gentleman who would prefer a home with adults or old children.”

Find out more about Mars and other big dogs by emailing [email protected]AlexandriaAnimals.org or calling 703-746-4774 to schedule an appointment. 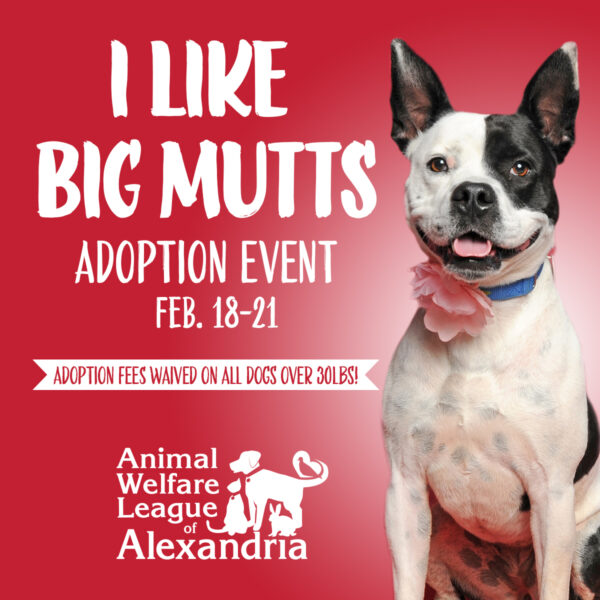