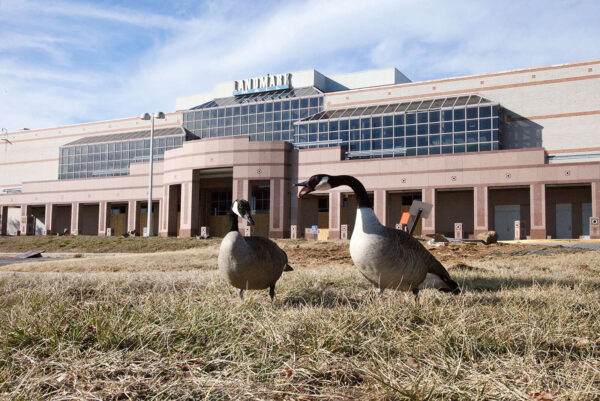 The Landmark redevelopment has a new name: West End Alexandria.

Developer Foulger-Pratt officially unveiled the new name earlier this week, though it was first reported in the Washington Business Journal in late January.

“Today’s announcement marks an important step in what will be an exciting transformation of West End Alexandria,” Cameron Pratt, managing partner and CEO of Foulger-Pratt said in a press release. “West End will not be a new community, but rather an infrastructure to enable the existing community to thrive. West End Alexandria will represent the best in what community can offer – a welcoming, inviting, inclusive space for business, medical care, residential opportunities as well as shopping and dining.”

Mostly, online reaction to the name has been a puzzlement akin to the rebranding of Crystal City and Potomac Yard as “National Landing” when Amazon came to town.

I love this project, but “West End” already means something in Alexandria. Trying to call this specific development “West End Alexandria” is just going to lead to confusion. Prediction: in 10 years, people will still refer to this area as Landmark.https://t.co/gMBnXON9e5

WE WORKS: City and Landmark Mall developers rebrand west end section of Alexandria as “West End” much to the confusion of the West End Business Association and West End residents living in the West End. pic.twitter.com/BxO6D4CZ6F