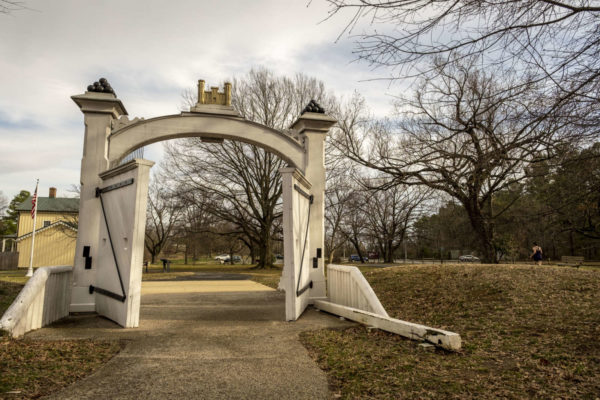 The City of Alexandria is planning to host a public meeting next month to discuss plans to overhaul Fort Ward Park.

The city is looking to revitalize the park, though, with more historic resources that tell a broader range of the park’s history beyond the Civil War. During and after the war, freed Black Americans called contrabands lived within the fortification and set up a community there — a community that includes descendants who live in the area but were forced out when the city converted the land into a park.

“The goal of the Fort Ward Interpretive Plan is to expand interpretation in Fort Ward Park to include the full range of its history, especially including the African American experience and the post-Civil War Fort community,” the city said in a press release. “Fort Ward’s Civil War history will remain a core theme, but new elements will explore the legacy of that pivotal era.”

The city has been working through the design process for potential memorials and working to identify graves at the site.

“The meeting will provide an opportunity to learn about and provide input on recommendations in the Fort Ward Park and Museum Area Management Plan and the Fort Ward Interpretative Plan,” the city said. “The virtual meeting will include a presentation about historic resources, upcoming projects and related archaeology. Projects to be discussed include an accessible route to the picnic shelter, accessible parking areas, playground relocation, and the protection and commemoration of cemeteries and interpretive elements.”