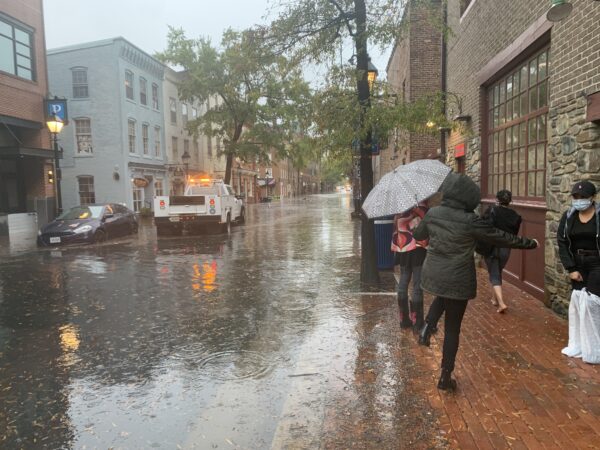 Last week, Gov. Ralph Northam’s office announced a new batch of flood prevention grants, and this time around Alexandria’s getting more than the pocket change it did the last time around.

Two Alexandria projects were featured in the new round of funding, with one project design, in particular, getting a major boost.

The state is allocating $3.2 million to Waterfront Improvement Project design. The city has been working through various potential designs for flood mitigation along the waterfront, but leadership balked at the cost and sent plans back to the drawing board. Even the least expensive option came in at an estimated $90 million for flood mitigation alone.

The state’s $3 million is allocated toward design, which the Waterfront Commission said will have to incorporate more elements of the waterfront plan beyond just flooding mitigation. Earlier plans for waterfront flood mitigation were also noted as doing little to prevent tidal flooding, such as the one in October that shut down several blocks of Old Town.

The city is also getting some funding for flood mitigation in Arlandria. The state allocated $516,500 for the Edison Street and Dale Street capacity project, which aims to help with flood mitigation near the Cora Kelly School for Math, Science and Technology.