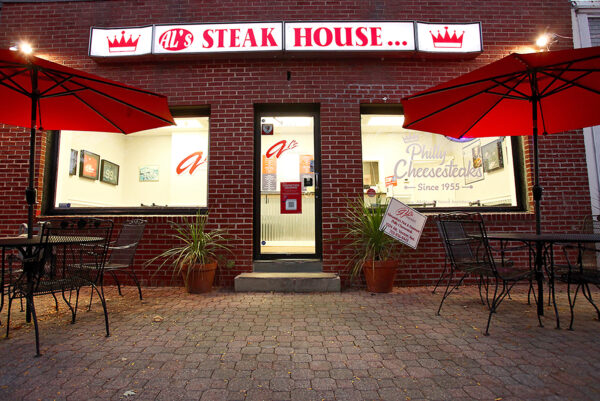 For the first time in more than 50 years, a member of the Severson family is not making Philly cheesesteak sub sandwiches at Al’s Steak House in Del Ray.

Nelson Rodriguez says it’s regrettable that Bo Severson, the son of former owner John Severson, and cook Mark Williams didn’t work out. It was only a month ago that Rodriguez took over at the Del Ray institution, and at the time he said he was going to keep the old hands to ensure that the cheese steak tradition continues.

Dorothy and James Breeding bought the restaurant from the Severson family in 2016 after John Severson died in 2015. A day after buying it, Al’s burned down, and then eventually reopened in 2017 after the community helped raise $20,000 toward the effort. Dorothy Breeding put the restaurant back on the market after her husband died last year.

Rodriguez says Severson, who lives in Dale City, was a no-show on more than one occasion, and that Williams had a hard time taking direction from his wife, Mabel Rodriguez, who Williams says insisted that the subs not be made with so much meat.

Severson and Williams say that the owners have been cutting corners with the Philly cheesesteak subs, using less meat, and also less expensive meat.

“For me, I like less meat,” Mabel Rodriguez told ALXnow. “It’s expensive. Right now everything is very expensive.”

Severson, 54, started working at Al’s when he was 19 years old. He quit a couple weeks ago after his hours were cut to part-time, he said, and has been living off funds from the restaurant’s sale to the Breeding family.

“For many, many years it was my home away from home,” Severson said of the restaurant. “Now I have kind of an empty feeling. It’s like an ongoing funeral. It’s like Al’s was such a part of our lives for so long and now it’s taken away from me. It’s all I know, all I’ve done my whole life, basically.”

On a busy Friday or Saturday, Al’s will sell hundreds of the sandwiches. A blowup of a Washington Post article praising the excellence of Severson’s Philly cheesesteak subs still graces a wall of the restaurant.

“This is the best steak-and-cheese in Alexandria, period,” said Cameron Scates, who has been coming to Al’s for more than 20 years. 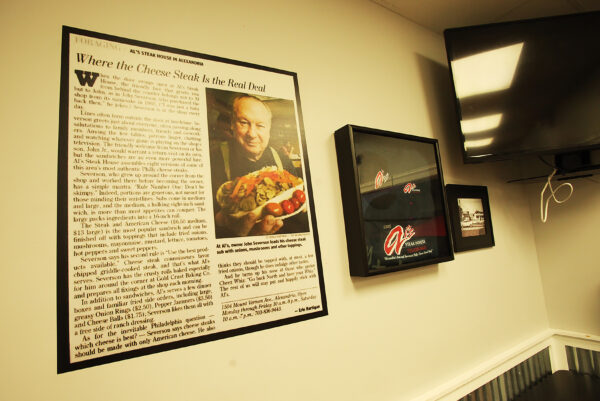 (Updated 8:45 p.m.) Severson said Mabel Rodriguez criticized the way he and Williams made the subs, that there was too much meat on them.

He continued, “I never messed up on steak-and-cheese. I can make one blindfolded.”

Williams, who worked at Al’s for five years, said he quit recently after being screamed at by management for not making a sandwich correctly.

“I always put love into everything that I do,” Williams said. “I’m a Christian. So, I don’t want to put negative energy into my work.”

Nelson Rodriguez, who also owns the Pan Am Family Restaurant in Vienna, says that nothing will change at Al’s, especially the portions. He also says that he recently made a deal with Sysco for pre-cut ribeye meat, which is less expensive.

“The steak-and-cheese sandwich is the same as it has always been,” he said. “We want to open another cheesesteak restaurant in Arlington sometime next year. It’s a very good business, cheesesteak subs, and I have a broker looking for locations.” 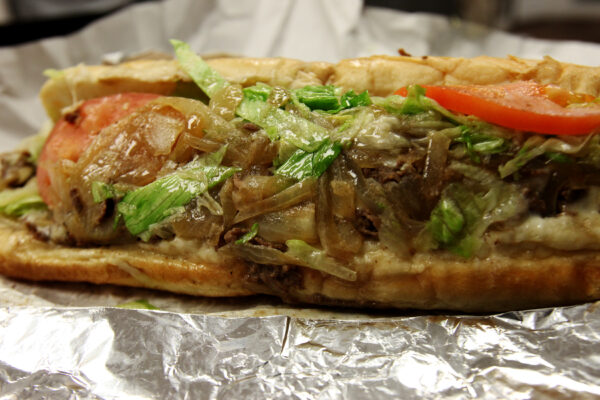