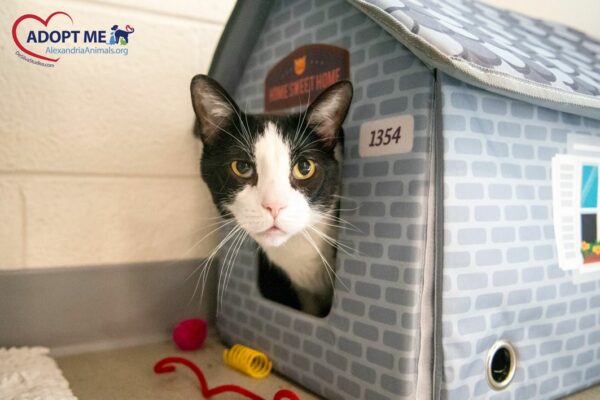 Atlas wants to be your only pet, and is up for adoption through the Animal Welfare League of Alexandria.

The seven-year-old black-and-white cat would prefer not to live with other pets, AWLA spokesperson Gina Hardter said.

“Atlas will rub up against you for pets and ear scratches, and he won’t stop until he’s gotten all the attention he so deserves,” she said. “You’ll hear Atlas before you see him, because he lures everyone who comes to the AWLA toward his kennel with a series of loud meows to let you know that he is ready to play.”

Atlas’ adoption fees have already been paid by a generous donor. Visit AlexandriaAnimals.org/Adopt-By-Appointment for more information.