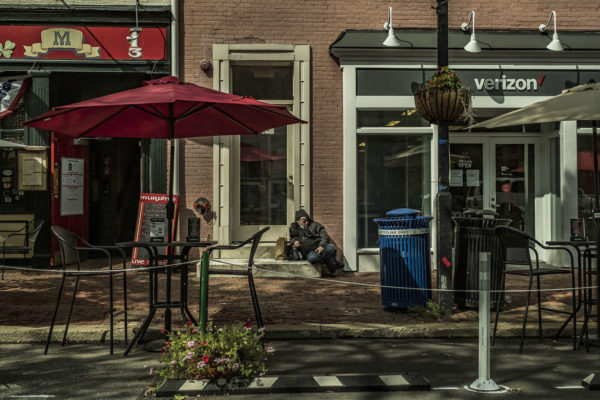 One of the weird byproducts of the pandemic has been some rapid changes in zoning that were given widespread, impromptu pilot programs over the last year. One of those, the conversion of on-street parking to “parklets“, is being considered as a permanent zoning change.

A city presentation defined a parklet as the “conversion of an on-street parking space into an extension of the sidewalk, to be used for open space, public seating, or the use of an adjacent business for dining or retail.” Examples shown from other cities like San Francisco and Los Angeles show permanent features installed in former parking spaces.

Parklets went from non-existence to a common feature at many restaurants and businesses across the city over the last year. In some ways, the closure of the 100 block of King Street incorporates some parklet elements, like dining in what had previously been parking spaces. The outdoor space allowed for more social distancing while shopping. The city said a survey with around 2,700 responses found broad support for parklets.

According to the survey:

Under the new ordinance, parklets would become a permitted encroachment, meaning a business, restaurant, or other development would apply to have on-street parking converted into some form of open space. Temporary parklets around the city, the report said, may be gradually converted into permanent ones.

The proposal to add parklets to city zoning is headed to the City Council tomorrow (Tuesday) for first reading, but the ordinance will still need to go back to the Traffic and Parking Board to get more details on guidelines like buffer space and Americans with Disabilities Act access.