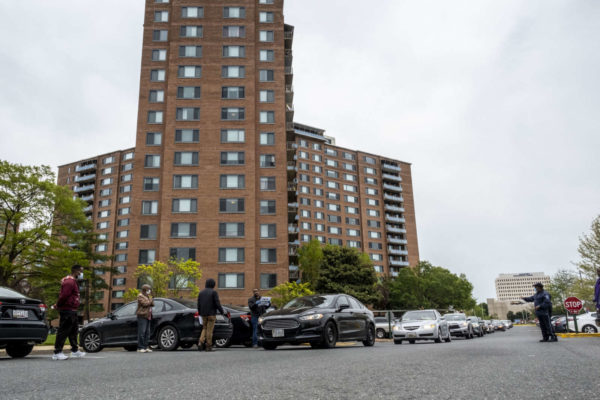 The city’s scope of implementing  building code inspection requirements is bound by the Dillon Rule, which states that localities can only exercise powers expressly granted by the state. On July 8, Wilson sent a letter to Governor Ralph Northam urging him to start the legislative process toward overhauling the state’s barebones inspection requirements.

“In the hours and days after the tragic collapse of the Champlain Towers high-rise condominium in Surfside, Florida, I received numerous questions from residents in Alexandria about building safety in our community,” Wilson said. “As both a historic community and a growing community, the issue of building safety related to older buildings as well as new construction is one of particular interest.”

“The City issued a press release communicating information about the Commonwealth’s Uniform Statewide Building Code, inspection requirements for new construction, required periodic inspection of certain systems, and the process for identifying and correcting unsafe buildings and structures,” Wilson said. “We did note, however, that there is currently no requirement in Virginia to proactively or regularly inspect building structure and that a building that has received a certificate of occupancy is only inspected again if there is a change in occupancy or alterations to the building that require inspection.”

Senator Scott Surovell noted on Twitter that Virginia condos are independently inspected every 5 years and repairs are recommended, but those are often ignored by Boards who are given immunity from liability.

Virginia condos are independently inspected every 5 yrs and repairs are recommended – and often ignored by Boards who are given immunity from liability – we need better consequences for HOAs and condo associations – too many ignore their responsibilities https://t.co/QhXW9qDvCJ

Wilson noted that those studies are overseen and implemented by volunteers, not municipal building code officials, and the scope of studies outsourced to third parties is defined by those same Boards.

For sure, but with a scope defined by the Board:

“means those items…for which the association has the obligation for repair, replacement, or restoration and for which the board of directors determines funding is necessary.”

It is not the same as FL’s recertification process.

In the letter to Governor Northam, Wilson suggested slipping language into the American Rescue Plan Act funding to create a workgroup to look at potential changes to the building inspection requirements.

“I am asking that you consider including budget language establishing a work group of stakeholders on the issue of building safety in the Commonwealth in the appropriation bill for the Commonwealth’s tranche of ARPA funds that will be considered at the upcoming Special Session of the General Assembly,” Wilson said. “This workgroup would bring together stakeholders — including localities, building code officials, tenant groups, the development community, staff from the Department of Housing and Community Development and others to review building safety in the Commonwealth and identify legislative and budget proposals for the 2022 session.”

“The tragic collapse of the condo building in Florida is highly unusual,” Wilson said. “There are millions of commercial and residential high-rise buildings in the United States and catastrophic structural failures like the recent disaster are, thankfully, quite rare. However, this is an opportunity for us to consider and revisit the issue of building safety in our communities and identify ways to review and potentially enhance building safety across the Commonwealth.