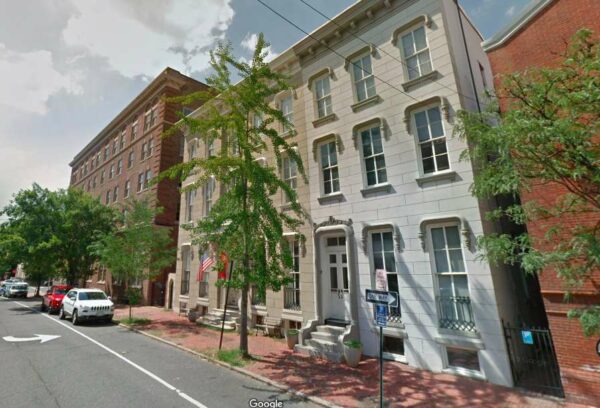 The nine-room townhome-turned-inn at 605 Prince Street was supposed to open last summer. The owner of the property ended up providing police with security photos of the 30-year-old suspect, who lives less than a mile away.

In the photos, “the offender could be seen taking televisions down the stairwell and toward the exit of the business,” police said in a search warrant affidavit. “The camera which captured the outside area had been redirected by the suspect.”

The suspect allegedly tried to get into the property again, this time at around 1:30 a.m. on Tuesday, May 25. The suspect was arrested at the scene, and told police that he sold about half the televisions he’d stolen. He also said that he did not steal the tools.

The suspect was charged with a number of felonies, including stealing more than $1,000 worth of property with the intent to sell. He is being held without bond and goes to court for the offenses later this month.