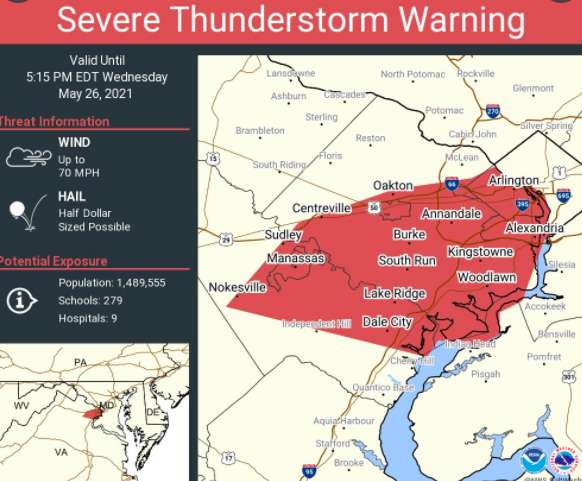 Updated at 5:50 p.m. It appears the worst of a strong storm has passed, but it created some  damage, including snapped trees across the city.

The Alexandria Fire Department, however, told ALXnow that no major calls were reported.

The National Weather Service issued a Severe Thunderstorm Warning for Alexandria and the surrounding area at around 4:30 p.m.

At 434 PM EDT, severe thunderstorms were located along a line extending from Fairfax to near Bull Run to near Linton Hall, moving east at 25 mph.

SOURCE…Radar indicated and observations. These storms have a history of producing damaging wind gusts and large hail.