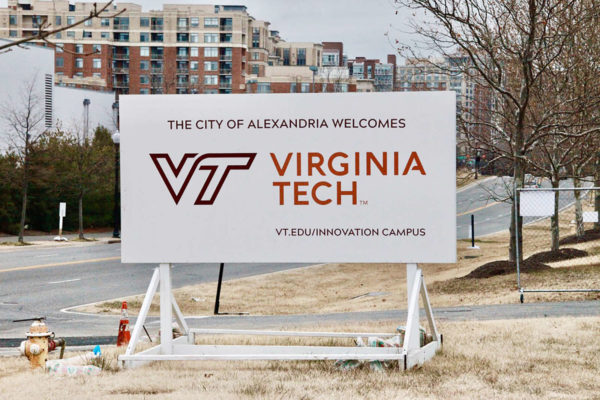 JBG Smith has a 50% ownership stake in the joint venture, and will act as leasing agent for future residential and commercial properties at the site. The move increases the company’s ownership development rights by more than 285,000 square feet.

“The plans call for two multifamily buildings totaling approximately 419,000 square feet that have been placed in JBG SMITH’s Near-Term Development Pipeline and could start construction within the next 12 months,” JBG Smith said. “The remaining 1.6 million square feet of mixed-use development across Landbays F and G is expected to be developed over time and, consequently, are included in the Future Development Pipeline.”

“We are thrilled that this joint venture will further the community’s collective long-term vision of National Landing as a thriving, transit-oriented, mixed-use destination and world-class innovation district,” said Ed Chaglassian, executive vice president and head of acquisitions at JBG SMITH. “This transaction will help ensure that the surrounding neighborhoods can grow in lockstep with Virginia Tech in ways that will complement and enhance its Innovation Campus.”

Virginia Tech plans on opening its four-acre Innovation Campus by fall 2024. Additionally, the Potomac Yard Metro station is expected to open by spring 2022. It is also located a mile south of National Landing, the future home of Amazon’s HQ2 project at National Landing, which is slated for a 2028 completion.