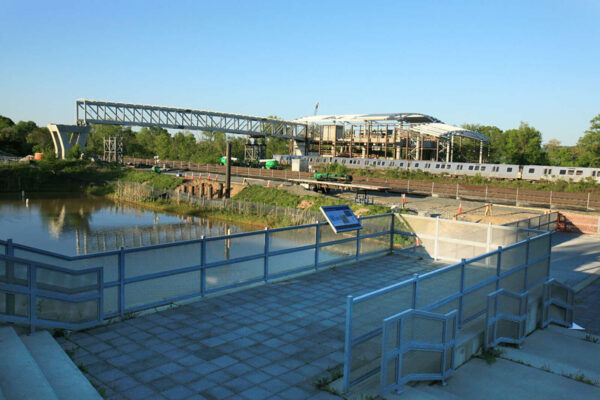 Ada’s On The River chef envisions opening his own restaurant someday — “Though it just opened in January of this year, Ada’s On The River in Alexandria’s Old Town has already become the subject of laudatory profiles in national publications and dubbed as one of the best restaurants in the Washington D.C. metropolitan area. The reason? Ada’s secret weapon: Chef Randall Matthews.” [Essence]

Police play with kids in Old Town — “A little competition and a lot of laughter. APD officers Vanderah, Coddington and Plisco enjoyed some quality time with the kids in the Old Town Commons community on Sunday afternoon!” [Twitter]

New job: Pool snack bar attendant — “Mount Vernon Country Club is currently seeking part-time pool grill attendants. The pool is open 7 days per week for Members and Guests (weather permitting) from Memorial Day through Labor Day. This is the perfect summer job for local high school students and/or recent graduates. Schedule for this position will vary from week to week. The right candidate is outgoing, friendly, and able to multi-task in a busy food-service environment.” [Indeed]

END_OF_DOCUMENT_TOKEN_TO_BE_REPLACED

More Stories
EXCLUSIVE: Here’s what the inside of the Halal slaughterhouse looks like on Colvin StreetParents and students protest for expanded in-person instruction outside ACPS Central Office