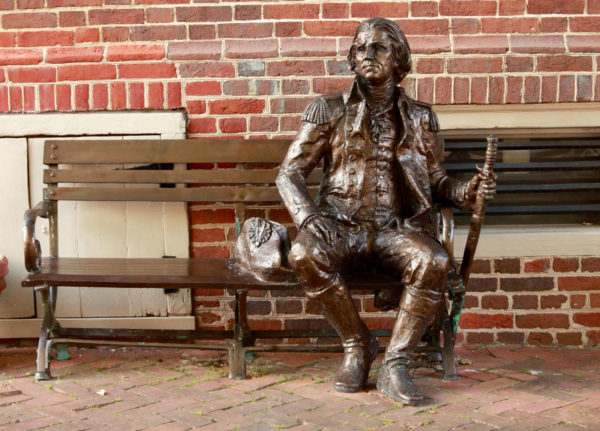 (Updated on 4/16/21) As the city works towards a more inclusive portrayal of its history, part of that also involves an effort to move away from the “George Washington slept here” approach to history.

“Different cultures look at history and time differently, but our guidelines do not,” Irwin said. “Indigenous peoples thought about history differently. It was more about oral traditions, less about hard facts, more about the culture and what came behind that. How can we broaden our criteria to encompass different cultures.”

Irwin said one of the main lessons of the conferences was that local historians will also have to continue to grapple with how to contextualize and memorialize events like marches, rallies and riots.

“The preservation movement of the 1960s, well, it was the 1960s,” Commisso said. “The criteria is still relevant, but a lot of the stories that were being told and the history was white centric. We’re still very antiquated, even in the National Park Service, and we’re trying to do a better job telling those stories.”

Commisso said historic preservation would benefit from an approach that did more to look beyond the historical celebrities that may have lived at a place at one point in time. It’s a disinvestment that doesn’t come naturally to a city where it’s hard to shake a stick without hitting a property famous for its association with figures like George Washington or Robert E. Lee.

“With preservation, we get stuck in one time period, and we don’t tell the layers of history,” Commisso said. “We have to do a better job of making sure preservation is dynamic, and that there’s layers there. That it’s not just stuck in one event… That we’re telling a more inclusive story, a more holistic story, not just ‘Robert E. Lee was here.'”