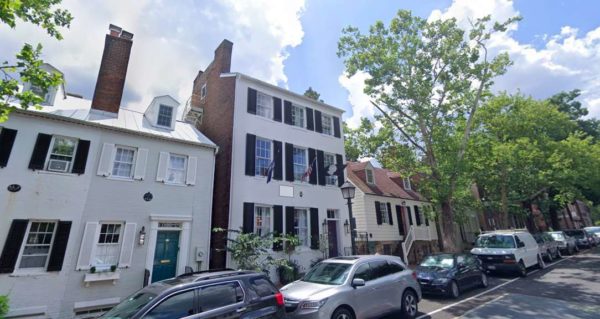 A property once owned in part by George Washington, and recently turned into a shrine to the first president, is now on sale for $4.1 million.

The building’s history is more Washington-adjacent, with neighboring home 508 Cameron Street being Washington’s townhome (though the building there today is a reconstruction). The 5,132 square-foot home as 506 Cameron Street’s Washington claim comes from the kitchen, which was reportedly the site of an out-house kitchen at the original Washington property.

Fully renovated historic single family home/investment property located just a block away from fabulous restaurants and shopping on King Street with five private parking spaces! Built in 1815, the historic kitchen (rumored to have been an original out-house kitchen on this property once owned by George Washington) sits right off of the family dining room and displays exposed brick, original fireplace and all of the modern kitchen amenities.