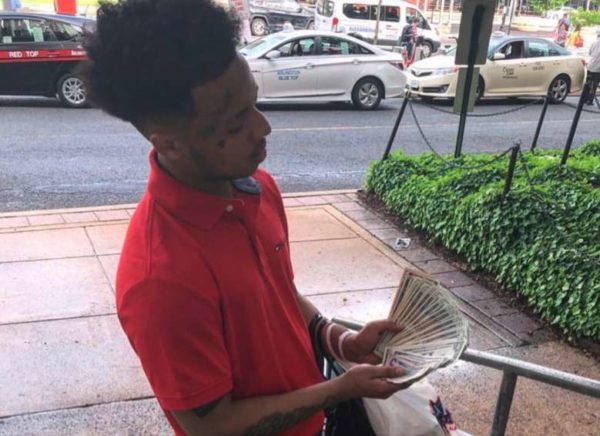 A 20-year-old Alexandria man faces life in prison plus 13 years for five felonies, including the murder of 47-year-old John Pope last fall in the West End.

Pope was shot to death on Sept. 30 at his home in the 5900 block of Quantrell Avenue in the Mayflower Square apartment complex. He later died at the hospital. It was the second murder (of three) that occurred in Alexandria last year.

Tavon Lanier, who was 19 at the time the incident occurred, was indicted with:

“Alexandria Police responded to the apartment and found John Pope, a 47-year-old Alexandria resident, lying on the floor with an apparent gunshot wound to the abdomen,” Commonwealth’s Attorney Bryan Porter’s office said in a statement. “First Degree Murder and Robbery are both punishable by life in prison. The two Use of a Firearm charges carry a maximum penalty of 8 years in prison. The Illegal Possession of a Firearm charge carries a maximum penalty of 5 years in prison. Therefore, the maximum total sentence in this matter is life in prison plus 13 years.”

A trial date has not been set.

Lanier was convicted of identify theft in 2019, a misdemeanor, and was sentenced to 60 days in jail with 55 days suspended.