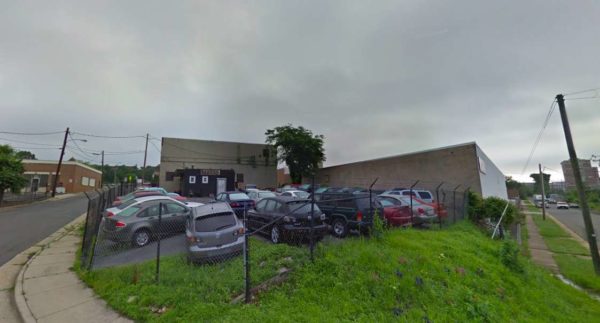 A year of family drama behind the scenes of a car dealership ballooned to such a point that the City Council took the incredibly uncommon step this weekend of stripping the business of its Special Use Permit.

M&B Auto Sales (26 S. Dove Street) has been in hot water with multiple neighbors over the last year, with 37 calls for service over the last year for everything from fighting and drug use to “mob activity.” The most recurring issue noted by staff was parking violations, with the business parking vehicles in the public right of way.

Land Use Division Chief Tony LaColla told the City Council that revocation of an SUP was exceedingly rare, with the revoking resulting in closure of the business and loss of jobs.

“When an SUP owner continuously fails to remedy violations and be a nuisance to the neighborhood, staff is left with little choice but to docket for review,” LaColla said.

LaColla said it is the only time in recent memory that revocation of a SUP has gone to City Council. He said when the city showed up for an inspection, there were so many vehicles parked illegally that it was impossible for the city vehicle to access the site.

Owner Hamid Yasini pled for more time from the City Council, arguing that the failures were the result of his nephew, who had since been fired from the dealership. Yasini said his nephew hid information about the violations from him and since been removed. Yasini asked for more time to fix the problems at the site with a new staff.

This argument didn’t hold up for members of the City Council. Mayor Justin Wilson noted that Yasini had indicated awareness of the problems as far back as September last year and City Council member Canek Aguirre pointed out that while the nephew had been hired, Yasini had by his own admission rehired the nephew and his cohorts in December.

The business also culminated in $700 of unpaid fines as of January and a $500 notice of violation, which Yasini said he hasn’t paid yes because the business is waiting for the result of an impending legal action on the advice of his lawyer.

Yasini also attempted to blame the calls for service on one neighbor, whom Yasini said also was guilty of parking violations, which drew a sharp rebuke from Councilwoman Del Pepper.

The owner and the director of operations for the neighboring Fontenelle Academy spoke at the meeting. Owner Cynthia Cole said the arrests of staff at the dealership, verbal altercations, illicit drug use and repeated speeding violations on the nearby streets were creating an unsafe environment for the children at the facility.

“My primary concern is safety and care of children whose parents entrust the center with their care, development and education,” Cole said. “It is my responsibility to provide a safe environment for our children. [I am] in support of revocation.”

Carey Meushaw, another neighboring business owner, said M&B Auto Sales had been in constant parking violations and that he was accosted at his business by the manager of the business when he complained.

City Council member Mo Seifeldein attempted to create a substitute motion to give the business a little more time to fix their problem, but it was not approved by the Council.

“We got a lot of promises and a hard luck story, and their commitment to come in two or three times — this is just more of the promises and it’s not fair to the two companies that we heard from today for them to have to deal with the kind of activity that has been going on and I rather suspect would continue,” Pepper said. “It’s not that their hearts aren’t pure and they don’t want to, but that this is a group that has a long history of promising and I think that should be revoked.”

Wilson said that in his ten years on the City Council he had never had a revocation come before the Council, and Pepper said she hadn’t seen one that she could recall in her 35 years.

“If there was an opportunity for that to happen, it should have happened long before we got here,” Wilson said. “Our staff has bent over backwards to work with this applicant to come to an accommodation and that has failed to happen. The suggestions that staff should try to provide more time are way too late.”

Seifeldein said these sorts of violations are common at car dealerships across the city and approving this sort of revocation could set an unwelcome precedent. Over Seifeldein’s objection, the City Council voted to approve the revocation 6-1.