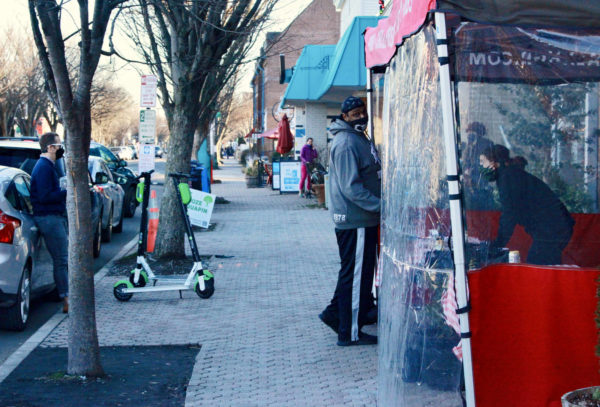 Independent Investigation Clears ALX Chamber CEO of Wrongdoing — “The Chamber will be immediately scheduling workplace professionalism training for all staff and Chamber leadership and the Chamber’s Code of Conduct will be updated and clearly communicated to staff and members.” [Alexandria Living]

Beyer Votes ‘YES’ as House Passes Equality Act — “The House just passed the Equality Act, which would protect LGBTQ Americans from discrimination in the workplace, in housing, in receiving health care, and more. I voted YES; this is the final vote:” [Twitter]

Single Complaint, Lengthy Permitting Process Jettison Classical Concert Series — “There is a noise ordinance in the city – I totally respect it – but our musicians are softer than the birds that chirp along with us, way softer than the airplanes that fly overhead, way softer than the cars and the motorcycles and all the traffic that moves around us.” [Alex Times]

Community Invited to Give Feedback on Colasanto Pool Redesign — “The City of Alexandria has hired LSG Landscape Architecture for the project, which will build on recommendations from a 2016 community survey and the city-sponsored 2012 Aquatic Facilities Study. Funding for the project is made possible by Alexandria’s Capital Investment Program as well as a Community Matching Fund through a partnership with the Del Ray Gateway Project.” [Zebra]

Today’s Weather — “A mix of clouds and sun in the morning followed by cloudy skies during the afternoon. High 51F. Winds E at 5 to 10 mph…. Cloudy with periods of rain. Low around 40F. Winds SE at 5 to 10 mph. Chance of rain 90%. Rainfall near a quarter of an inch.” [Weather.com]

New Job: Staff Member –“We are seeking dedicated professionals who are reliable, hardworking, and passionate to join our wait staff here at Il Porto Ristorante. Should have at least one year of experience working in high volume dine in restaurant. Compensation is $800-$1200 a week. We will be accepting application’s daily Starting March 1, 2021 between 2-4 p.m.” [Indeed]