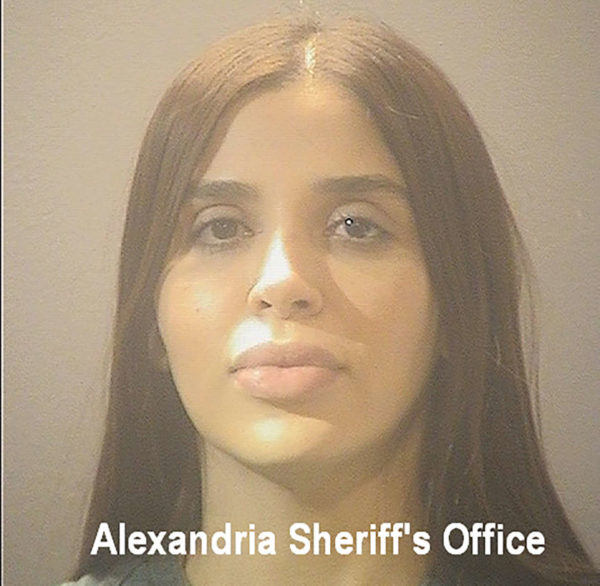 Emma Coronel Aispuro, the wife of Mexican drug lord Joaquin “El Chapo” Guzman Loera, will be isolated from the general population for a month in the Alexandria jail, in accordance with COVID-19 restrictions.

The Alexandria Sheriff’s Office has a contract with the U.S. Marshals to house inmates in the William G. Truesdale Adult Detention Center, and other details of Coronel’s stay have not been released, such as whether she will be secluded from other inmates after the month.

The 31-year-old Coronel was arrested at Washington Dulles International Airport on Monday and made a video appearance U.S. District Court for the District of Columbia  the following day. She is accused of participating in his escape from prison in July 2015, planning another escape before he was extradited to the U.S. in Jan. 2017, and is being charged with conspiracy to distribute heroin, cocaine and marijuana, according to the U.S. Department of Justice.

“She is under our COVID protocols, which is standard procedure for new intakes,” Alexandria Sheriff Dana Lawhorne told ALXnow. “This protocol went into effect in March 2020.”

Per the Sheriff’s office, Coronel will be held in seclusion for two weeks, then moved to another unit for another two weeks. The Sheriff could not comment as to whether she will be distanced from other inmates after that period, although Chelsea Manning reportedly spent her stay at the jail apart from the general population.