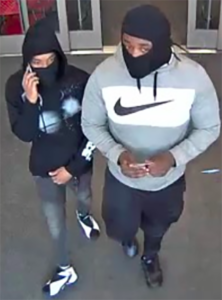 Alexandria Police released photos of two suspects they say stole an SUV from a city resident while she was pumping gas at the Liberty gas station in Old Town on Sunday afternoon.

Police said that security cameras caught the suspects stealing the white 2017 Lexus GS400 from local business owner Allison Priebe on Sunday at around 1 p.m. at the gas station at 700 S. Patrick Street.

“The suspect accessed the vehicle through an unlocked door,” police reported in a press release. “There were no injuries reported.”

“They got away with a goldmine,” Priebe told ALXnow. “I had significant contents in my car — my purse, all the money I made from the warehouse sale, my rent in cash, coats, shoes, my laptop, my briefcase — everything that you need to function as an adult.”

Priebe estimates that she lost a minimum of $10,000 worth of cash and other valuables.

Priebe said that the larger of the two suspects was the man who stole her car. They took it to a Sunoco gas station to fill it up at National Harbor and then bought five $200 gift cards. A suspect then tried to sell her laptop at an electronics shop in District Heights, Maryland.

Police recommend drivers to lock their doors when leaving their cars unattended, and to “keep your keys in hand when pumping gas.”

Anyone with information on the suspects is asked to contact Detective Walter Boyd at 703-746-6245. 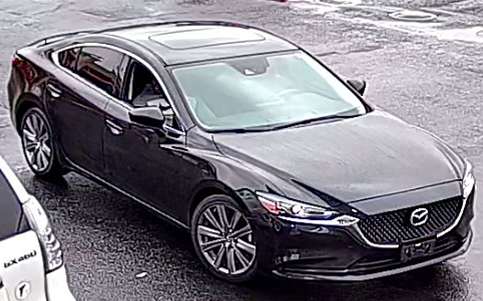 NOTIFICATION: Detectives are investigating a vehicle stolen from a gas station while the victim was pumping gas. It happened Feb. 7 just after 1pm in the 700 blk of S Patrick St.