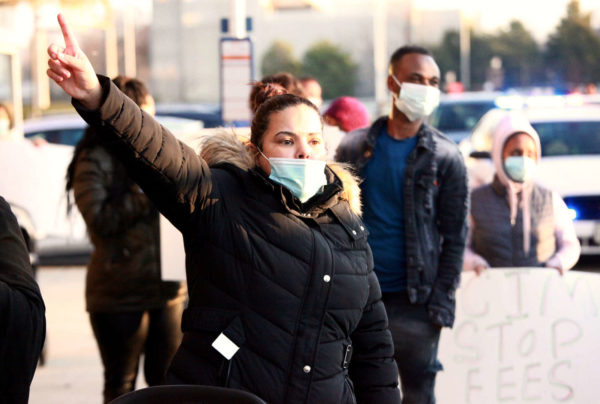 “My money for food!” shouted a vocal group of tenants facing eviction at the Southern Towers apartment complex in the West End on Thursday.

Resident Sami Bourma was one of them. He’s back to working part-time as a cook, but is $11,000 in the hole with his rent. His wife is expecting to give birth to their third child any day now, and he hasn’t fully paid for his $1,515-a-month one bedroom apartment since March. He got a couple months of it covered through city resources, but now has to go back to court in January to seek a third extension from eviction.

The protest was organized by African Communities Together, a group that helps communities with African immigrants.

“This apartment compound, it’s a huge complex, and it’s full of immigrants mostly from Africa,” said protest organizer Bert Bayou. “They’re highly impacted by COVID. From the beginning, because most of them work several service jobs, they were the  first to be to be laid off.”

A representative from Southern Towers’ new owner CIM Group spoke to residents briefly and gave them rental assistance forms with the city and the Virginia Department of Housing and Community Development.

Throughout the spring and summer, residents facing eviction protested around the city. But in September, the Supreme Court of Virginia did not extend the moratorium on eviction proceedings. 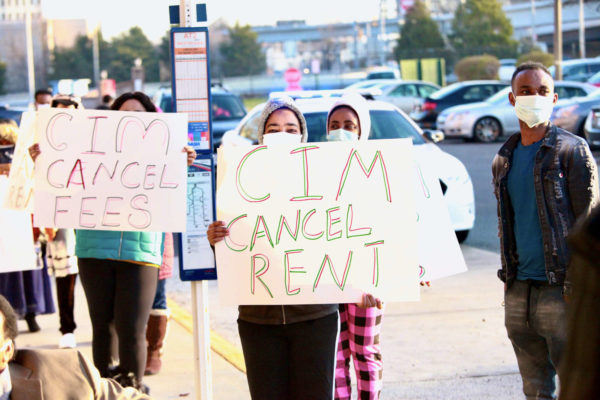