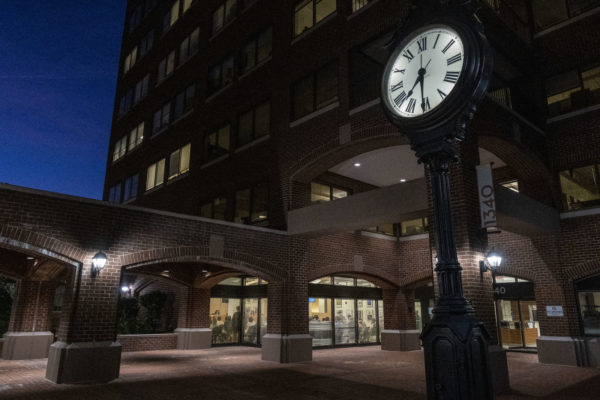 In a joint work session on Tuesday with the Alexandria City Council, Alexandria City Public Schools laid out its side of upcoming cuts and compromises in light of what promises to be a strained upcoming fiscal year.

One of the large items was that the planned modernization for George Mason Elementary School and Cora Kelly School for Math, Science and Technology will be delayed by one year.

This evening, the City Council will be holding the first joint work session of the FY 2022 budget process with the @ACPSk12 School Board.

Tonight we will discussing the Capital Improvement Program and planned facility investments for our schools. pic.twitter.com/GkUPPcIYvh

The City Council and ACPS also discussed the more immediate overhaul of T.C. Williams High School following last year’s vote to keep Alexandria to one high school. Staff said the schools are planning to bring an architect onto the project in the next few weeks.

After years of clashes between the bodies over colocating facilities — construction of a school or other project that also includes space for other city needs — the tone was notably more cordial as ACPS started the conversation with the possibility colocating uses like affordable housing at the new campus. Staff said they were looking to the city for guidance on what facilities the city was hoping to see included with the new T.C. Williams campus.

“The first priority is school education requirements,” said City Manager Mark Jinks, “then we to look at remaining space and see what works best and what doesn’t.”

While ACPS was planning deferring some projects to help save money, Jinks noted that 2020 would be a good time to start looking at land to purchase for a new school.

“Princes are down now,” Jinks said, “but they’re going to go up again after [the pandemic].”

School Board Chair Cindy Anderson agreed, noting that Ferdinand T. Day Elementary School had been purchased at a good price due to an economic downturn.

One site will likely be an ACPS facility at Potomac Yard, but Superintendent Gregory Hutchings said the schools are still working through the logistics of the site. The new Potomac Yard school is not in the school’s 10-year CIP because there aren’t plans yet for the facility, Hutchings said.

Elsewhere in the school district, the Douglas MacArthur Elementary School rebuild had been facing a $5-7 million shortfall, which has now narrowed to $2-4 million. Staff said that ACPS will not be requesting additional funding from the city but will instead work to refine contingencies, space needs, and update the site layout while continuing to search for other options for financing.