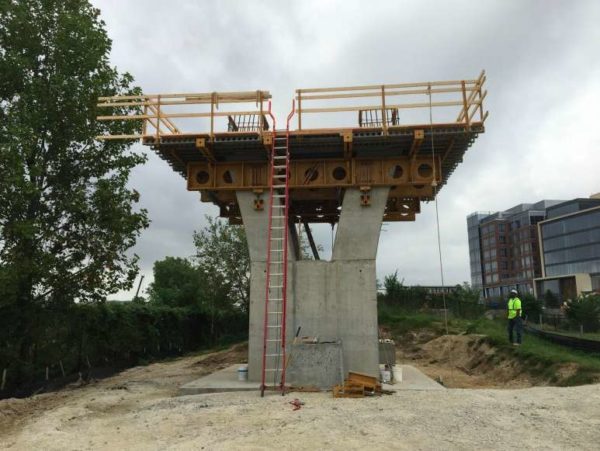 What should the future Metro station at Potomac Yard be called?

The Washington Metropolitan Area Transit Authority is seeking public input on what local residents and Metro users want the station to be called. While “Potomac Yard Metro Station” seems to be the obvious answer, there have also been efforts to tack “Virginia Tech” on to the name as well.

WMATA is also seeking feedback on the West Falls Church Metro station, which has University of Virginia in the name despite UVA no longer operating a school near the station.

“Metro is also seeking feedback on formalizing Potomac Yard Station as the name of the station currently under construction between National Airport and Braddock Road stations, expected to open in 2022,” WMATA said in a press release. “The station will be located less than a quarter of a mile from Virginia Tech’s new Innovation Campus, which is expected to eventually enroll between 2,000 and 3,000 students. The City of Alexandria Council passed a resolution recommending the addition of ‘VT’ (Virginia Tech) to the proposed station name.”

According to the press release, WMATA’s naming guidelines include:

END_OF_DOCUMENT_TOKEN_TO_BE_REPLACED

More Stories
Superintendent Backs T.C. Williams Name Change Ahead of School Board VoteLegal Review: Gun Laws Can Work For Everybody