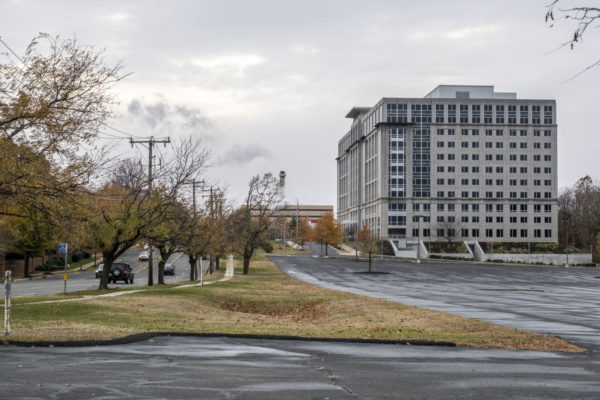 The Victory Center has been an anchor along Eisenhower Avenue for years; a towering, empty complex on a massive, vacant parking lot. But that could change this week as plans move forward to subdivide the lot and prepare for future development.

The first part of plans to reshape the Victory Center will be a subdivision going to the Planning Commission on Thursday, Nov. 5.

“The applicants propose to subdivide the one existing lot into two lots,” staff said in a report. “Proposed Lot 601 would measure 267,459 square feet (6.1 acres) and have lot frontage/width of 704.2 feet. Proposed Lot 602 would measure 33,055 square feet and have a lot frontage/width of 91.8 feet. The purpose of the subdivision is to ensure continued land ownership over the area (Proposed Lot 602) immediately east of the Victory Center office building, through which that office building is accessed, given the siting of the future Winchester Homes townhouse project on the majority of the existing lot.”

A staff report on the proposed subdivision expressed support for the change, saying the change would allow the Victory Center to continue being marketed to federal tenants while other development can proceed on other parts of the lot.

END_OF_DOCUMENT_TOKEN_TO_BE_REPLACED

More Stories
Election Day: How and Where to Vote in Alexandria NowVirginia Tech Offers January Start for Local MBA Program