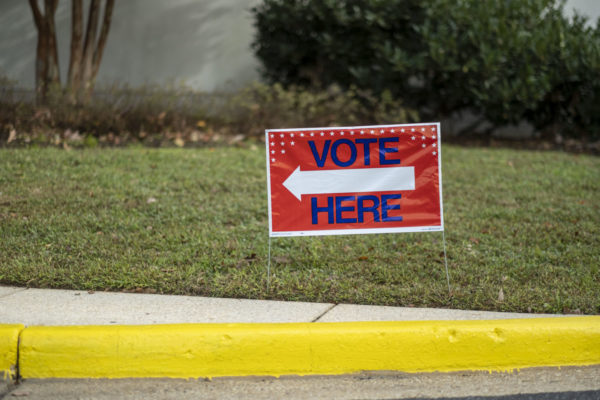 Homegrown Restaurant Group is donating lunch to all election officials in Alexandria today.

With 30 polling stations in the city, that’s about 600 lunches.

“There’s all this nervous energy and we’re all at home today, anxiously awaiting,” said Chelsea Anderson, marketing director for the Homegrown Restaurant Group. “This is probably the most controversial election of all of our lives, and it’s nice to get out and expend some of that energy on some bipartisan good.”

Anderson has been delivering meals to polling precincts all day, and was briefly aided in the morning by Alexandria Mayor Justin Wilson.

According to Anderson, the story goes that Group owners Mike Anderson and Bill Blackburn were discussing how they could help during the election. Blackburn wanted to volunteer at a polling place, but has two young kids at home and couldn’t devote the time. So, he recommended to Anderson that they contribute food from Pork Barrel BBQ to the poll workers at Mount Vernon Community School. Mike Anderson then upped the ante and suggested donating meals to every poll worker in the city.

“We just divvied up the meals between the restaurants, and we got a couple volunteers,” Anderson said. “Danielle, my older sister who is in the family business, she delivered lunches; our executive chef Mason from Whisky & Oyster delivered lunches; Jim Miller from Pork Barrel; Bill (Blackburn); Mike and Donna (Anderson), and we even had some help from Justin Wilson, as well.”