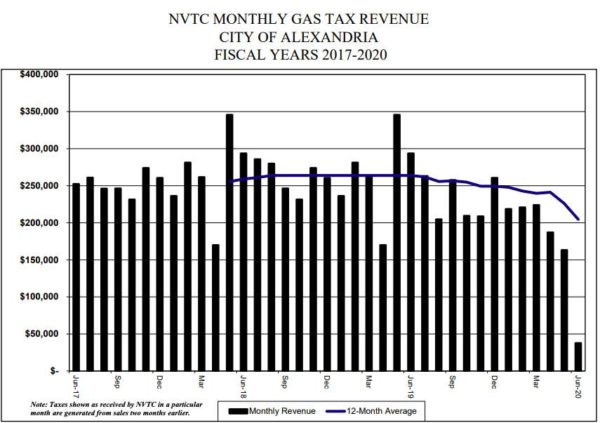 A regional gas tax usually goes to supporting the capital funding for WMATA, but data presented at the Northern Virginia Transportation Commission meeting last night showed that regional gas spending has taken a nosedive in the last few months.

The tax is calculated from sales two months earlier, meaning the June figures reflected the dive in funding from April, shortly after the stay-at-home order was issued.