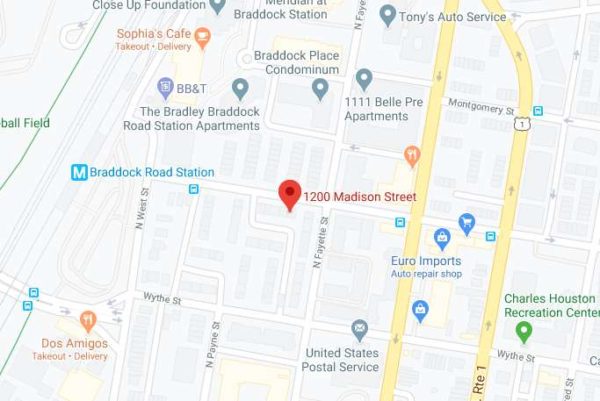 A 27-year-old Alexandria man has been charged with illegally shooting a handgun in the Parker Gray neighborhood of Old Town, Alexandria.

The incident in the 1200 block of Madison Street was one of two shootings that occurred in the area on September 2, and police are not releasing the identity of the suspect on the grounds that it will impede their ongoing investigation. Police responded to calls for service of multiple shots fired at around 5:40 p.m.

Police also responded to another call for shots fired at around the same time that day in the 700 block of North Fayette Street, which is right around the block from the 1200 block of Madison. No one was reportedly injured in both incidents, and police said that the shootings are part of an ongoing investigation.

There was also a shooting in the 1200 block of Madison in late July.

There have now been multiple reports of shootings in Old Town since July 9. There was also a stabbing in the area on July 17 and a violent carjacking on Euille Street on July 14. One suspect was arrested after a July 11 shooting, but their identity was not released.

The shootings have largely occurred in and around Alexandria Redevelopment and Housing Authority public housing properties near the Braddock Road Metro station, and ARHA is now installing security cameras, according to sources. Police have also increased their uniformed and non-uniformed presence in the area.