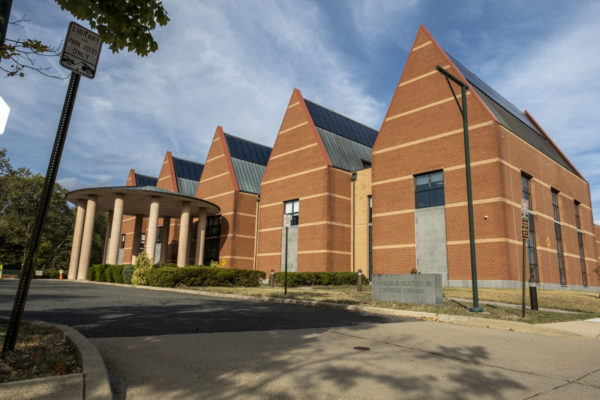 Updated 5:40 p.m. — According to Anton Murray, spokesman for Alexandria Libraries:

Due to an incidence of COVID-19 with a staff member at the Beatley Library, the Library has been closed for 1-3 days for deep cleaning. The nature of that staff member’s role in the library requires little to no significant direct contact with the public or other staff. Based on investigation to date (including contact tracing) by the Health Department no quarantine recommendations were needed for other staff or the public.

Holds pickup and due dates will be extended during this closure period.

Earlier: Two weeks after it started to reopen to the public, the Charles E. Beatley, Jr. Central Library has closed do to what has only been described vaguely as “emergency conditions.”

The Alexandria Library system announced on Twitter that the location would be closed until further notice.

A spokesperson for the city said the city could not provide additional information at this time on why the library was closed.