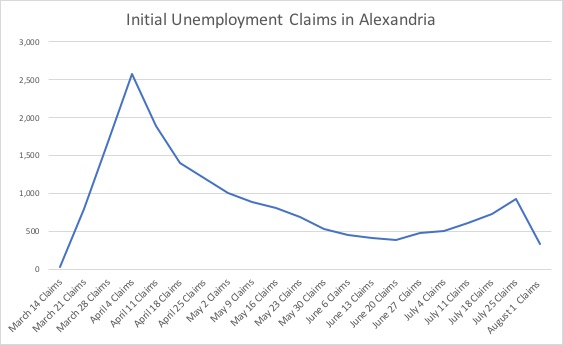 After several weeks of staggering increases, both measures of unemployment in Alexandria are improving for the first time since early June.

Alexandria’s initial unemployment claims fell from a peak of 932 the week of July 25 to 336 the week of August 1 after five weeks of continued increases.

Continued unemployment claims fell from 5,904 to 5,660, part of a slower but steadier decline in continued claims.

As with the increases, the decreases were part of a statewide shift in unemployment numbers, according to the Virginia Employment Commission.