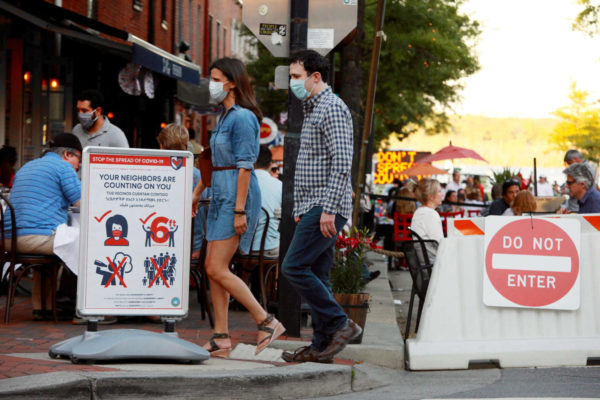 Temporary waivers granted to local businesses back in April will be extended — easing at least once concern while countless restaurants and retail locations struggle with low sales.

The extended waivers will allow local restaurants to operate delivery services, sidewalk vending, and more. These permits will now be valid until Nov. 22.

These temporary waivers include Restaurant Deliveries and Pick-up, Hours of Operation, Sidewalk/Parking Lot Vending, Off-Premises Alcohol Sales, Outdoor Dining, and Curbside Pick-up Areas (originally approved for 90 days under City Code Section 10-2-24) with the potential for a further extension or shortened program upon a decision by the City Manager.

Certain land use approvals are also being extended by six months as the city gradually starts to restart its board and commission hearings.

“Land use approvals such as special use permits, development special use permits, BAR certificates of appropriateness and permits to demolish, require the applicant to take an action within a prescribed time frame (commence construction, open the business, etc.),” the city said. “Because many applicants are not able to make the normal progress on their projects during the COVID-19 emergency, the City will not count the period of the emergency against these time limits.”

Special Use Permits and other construction have timelines attached to approval with a deadline of when construction has to start or applicants are forced to file for permits again. The city said those timelines will be given an automatic six-month extension.