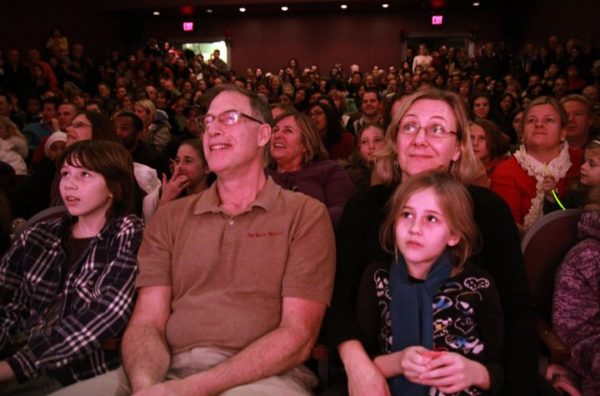 It’s not unusual for the Little Theatre of Alexandria to be bursting at the seams with a sold-out audience, as ushers, actors, assistant directors and set designers rush around to present their latest offering. Not this year.

For the first time since World War II, LTA was forced to shut down until calmer days prevail and cancelled its formal 2020-2021 season, which was supposed to open with “Sister Act” and continue through Christmas with its annual sold-out rendition of “A Christmas Carol” and into next summer.

LTA has a plan — a fall programming season with four one-act and two-act shows. The theatre will only be able to accommodate 45 audience members and the shows will be completely free of charge and not play consecutively so that staff can meet CDC and health department guidelines.

“We are going to be producing four shows with very small casts – mostly one to two people,” Rachel Alberts, the LTA governor of public relations, told ALXnow. “We are approaching this as a gift to our patrons. We know people are worried about getting in the theatre. We also know how much they miss it. That’s why we’re offering this for free.”

The first show, “Love Letters” by A.R. Gurney, will premier on September 11 and run for just over two weeks. The second show, “Mixed Doubled” by LTA member Rick Lore, will run from October 2-18; followed by “Belle of Amherst” by William Luce will run from November 6-22; and ending with a COVID-friendly version of “A Christmas Carol” from November 28-December 19.

The theatergoing experience is going to be much different, Alberts said. For one thing, there will likely be no singing in the theatre until the pandemic calms down.

“With the cast and crew there’s usually over 100 people, from designers to sound people to actors,” she said. “It’s a huge endeavor. Hopefully we’re going to be completely opening back up in January with ‘Mamma Mia!,’ but depending on what’s going on in the world we will absolutely honor all CDC and public health recommendations.”

LTA, which was founded in 1934, is now also conducting auditions via Zoom for the January show, and Alberts said that the theatre will survive the pandemic, even though it took a significant financial hit.

“LTA isn’t going anywhere,” she said. “We’re one of the oldest theatre is still in operation in the country, and we only closed once after World War II for a small period of time. We own our building and we’re financially safe.”

May 26, 2020Dear LTA Family—I hope this message finds you happy and healthy.In April 1943, The Little Theatre of…

Posted by The Little Theatre of Alexandria on Tuesday, May 26, 2020