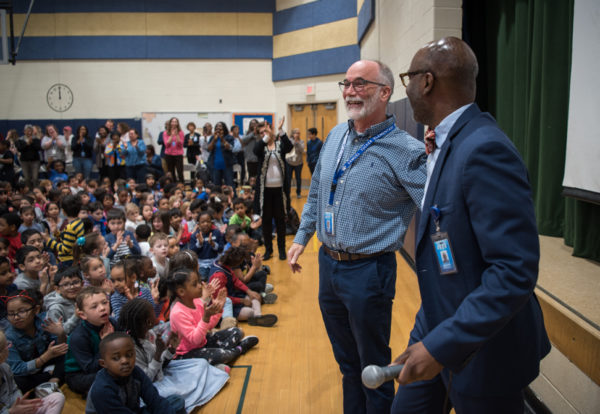 Samuel Tucker Elementary’s proud year-round school program is being cut back this year due to coronavirus, but School Board members offered reassurances to the community that the change is only temporary.

At a School Board meeting last Friday, school principal Rene Paschal said the questions about how coronavirus would impact the school’s calendar started in the parent community and conversations with school staff continued until the school administration was putting together a plan for what a temporary change away from the year-round program would look like.

“A poll showed over 70% support for a one-year modification,” Paschal said. “Every time it came up with a parent, you could almost viscerally see the comma come up with ‘don’t forget, it’s for one year only.'”

The new schedule will align Tucker with the rest of the school system for one year — starting on Tuesday, September 8. Teachers are expected back on Thursday, August 27.

School Board members acknowledged that there was cause for parental concern, given that the School Board has previously looked into eliminating the year-round program at Samuel Tucker. Board members said not only was the change temporary, but some suggested there is support for looking at implementing year-round programming at other schools now that restrictions have been lifted on how early schools can begin.

“I can relate to where that concern comes from,” said School Board member Ramee Gentry. “There was a period of time in ACPS when it did feel to the Tucker community that they had to wage a full campaign every budget cycle to preserve the modified calendar. Fortunately, we haven’t seen that in recent years.”

The ACPS website said that teachers at Tucker will remain on their usual payroll schedule as changing to a new schedule for one year would create an unneeded disruption.

Veronica Nolan, Vice-Chair of the School Board, said that not only is the school board not considering permanent changes to the Tucker calendar, but that she hoped the program could be expanded to more schools, noting that students traditionally lose learned information over the summer between school years — a phenomenon called the Summer Slide.