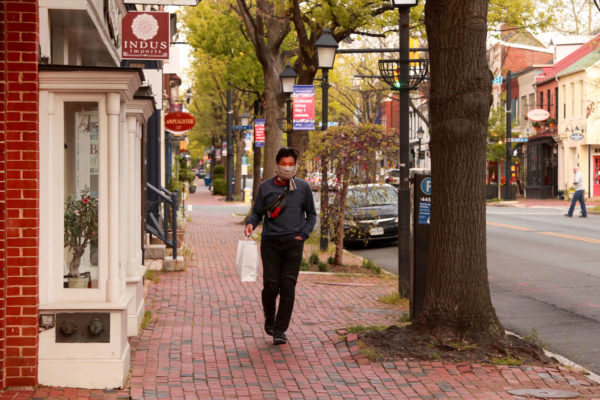 In an update to the City Council, Dr. Stephen Haering said Alexandria is making a clearer picture of which populations are most vulnerable to COVID-19.

“We’ve not reached the peak,” Haering said in a city council meeting Tuesday night. “We haven’t seen a decrease in cases. The number of daily cases still on the rise. The numbers here bounce around in the 20s to 30s.”

Nationwide, black Americans are dying at disproportionately high rates from COVID-19. Haering said his office is pressing state officials to release more information on the breakdown of victims by race in localities, and on Tuesday the following figures were released: 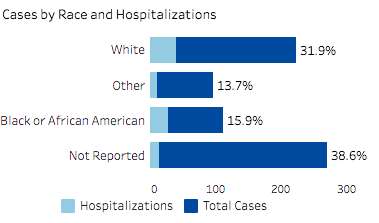 Haering said he suspects the mounting pressure will mean the data will likely be released soon, but City Council member Canek Aguirre said data needs to also include Latino populations in Alexandria.

“We do not live in a strict black and white community,” Aguirre said. “The Latino population likely to be using public transportation to work, living in crowded communities, and living with fears of deportation.”

Neighborhood Health, which set up testing centers in Arlandria, said over half the tests it did in that community came back positive. Aguirre said data from regional partners is already showing that Latino populations are also being disproportionately impacted by the virus.

“Latinos make 15 percent of the population in Fairfax but making up half of the cases,” Aguirre said. “If Latino people are just being listed in the white category, that’s not telling an accurate picture of what’s happening.”

Today, Alexandria saw its highest increase in new cases since the pandemic started, though that number also includes presumptive cases.

Haering reiterated the earlier guidelines laid out by the state for the metrics to reopen Alexandria, none of which are currently met.

According to Haering, Alexandria can only reopen:

Haering also noted that the symptoms for COVID-19 have been expanded and now include chills, repeated shaking with chills, muscle pains, headache, sore throat and a loss of taste or smell.

END_OF_DOCUMENT_TOKEN_TO_BE_REPLACED

More Stories
Ask McEnearney: How Do I Navigate the Current Mortgage Environment?Alexandria is Putting Homeless Families in Hotel Rooms During COVID-19