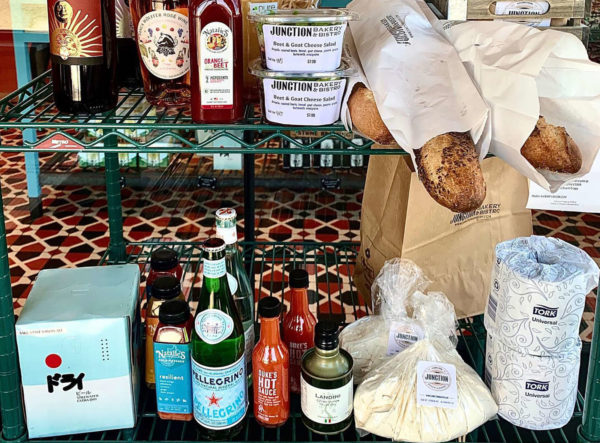 Noe Landini’s family has owned establishments in Alexandria since 1979, and they’ve never faced a challenge like this before.

The 39-year-old Landini now spends his days dashing between his numerous businesses, making sure they stay afloat like a row of spinning plates. He’s had to lay off a majority of the company’s 300 employees, closed the locations in D.C. and suspended development on a number of new projects. His company has been approved to receive federal CARES Act funds, although the money is not yet in the bank.

“If I get a call that we ran out of milk, then I’ll have to go find it. Whatever it takes,” Landini said. “Every day I wake up to a new set of challenges, whether it’s me doing the job of several people, people that are not able to come to work because they have health conditions, or who don’t feel comfortable to work. And also just making my rounds.”

Landini added, “What we’re generating now revenue-wise really is just to be able to allow some people to work and keep the lights on, just so we don’t have empty buildings.”

Landini is the managing director of three Junction Bakery & Bistro locations in the region, Bar Deco in D.C., and is a partner with Landini Brothers in Old Town, as well as the director of the Fish Market & Anchor Bar and Pop’s Old Fashioned Ice Cream Co. The D.C. Junction and Bar Deco locations have been forced to shut down, and at Landini Brothers the staff has been reduced dramatically. He’s also had to stop development of a new Junction Bakery in Chevy Chase, Maryland, and the Donahue speakeasy in Georgetown.

“It’s devastating,” Landini said. “There are people who have worked at Landini Brother’s since before I was even born, for 40 years, and literally overnight we’ve gone from a workforce of just over 70 people down to maybe six or seven people on a very limited menu selling family meals and open for four hours a day, five days a week.”

In the meantime, due to his Capitol Hill connections, Landini was also recently named to the Heritage Foundation’s National Coronavirus Recovery Commission, along with former Virginia Senator and Governor George Allen. By June 15, he and the group will send in a report to Congress and the Trump administration on how to get the country back up and running again.

“We told our staff they know they have their jobs as soon as we can get back to normal,” Landini said. “We were able to get out one more payroll for everybody, even when we weren’t bringing in any revenue. As you can imagine, it’s quite expensive to do that.”

The company has also had to get creative, adding toilet paper and regular household items to Junction Bakery & Bistro on Mount Vernon Avenue in Del Ray, essentially turning it into a grocery store that will soon be offering delivery within a three-mile radius.

“Life is not going to get back to normal right away, as much as we would like,” Landini said. “We have to be sensitive to that, have to listen to the experts, and there is so much riding on this that it energizes me.”

To our dear neighbors — we have converted to a corner grocery + carry-out to serve your needs at this crazy, stressy…