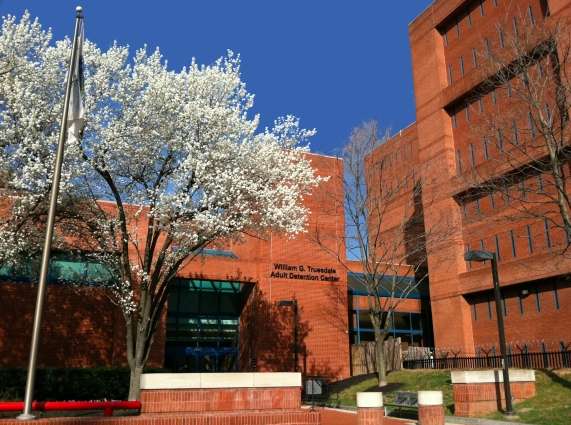 Fewer arrests, calls for service and inmates in the Alexandria Jail are just a few of the changes the city is contending with as it tries to limit the spread of COVID-19.

Alexandria Police have seen a 42% reduction in calls for service and a 91% decrease in traffic stops since the Governor announced his stay at home order on March 30.

“Due to the inherent risk factor of COVID-19 exposure when you are near others, officers should only be making an arrest when it is necessary for public safety or when mandated by state or federal law,” police spokesman Lt. Courtney Ballantine told ALXnow. “Officers should also practice limiting their exposure to others by conducting only those traffic stops at this time that seem necessary for public safety.”

“In order to limit unnecessary exposure of officers and the public to COVID-19, the Department has modified its response to certain lower priority calls for service,” Ballantine said. “This direction, which provides a procedure for ensuring appropriate response to calls for service, shall remain in place until rescinded by the chief of police.”

Commonwealth Attorney Bryan Porter is continuing more than 1,000 cases for 30 to 60 days until the crisis abates.

“We have worked very diligently with people across the aisle with the sheriff’s office and with the courts to really try to look at each individual case and err wherever we could on the side of release and trying to get that jail population down so that we’re not putting people in jail or jail employees or sheriff’s employees or anybody at risk,” Porter said.

The Alexandria Jail’s local inmate population is down 44%. The Sheriff limited visitation to inmates from the outside world, except in cases of emergency, to keep out the coronavirus outbreak outside of the jail.

“We’re usually running above capacity which is 338 in our jail. And now we are significantly below capacity,” Lt. Sean Casey of the Sheriff’s Office told ALXnow. “Inside the jail environment, a disease, especially as contagious as COVID-19, could spread quickly, and in such a confined space it could affect a lot of people, so our judicial partners are making an effort to try to keep our facility as safe as possible and we’re working with them when we can.”