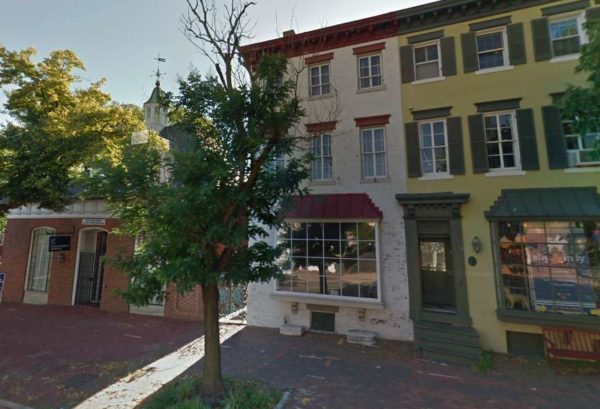 A new deli is in the works for a building on S. Washington Street that was once Union officers’ quarters during the Civil War.

The site is planned to be turned into Delicious Deli Inc., a full-service, 1,600 square foot restaurant. The restaurant will be a neighbor to Ally & Indy Pet Boutique, which shares the ground floor of the double-house.

While the official title in the documents is Delicious Deli, it is also listed as Manna Chicken and Burger in the application. The owner could not be reached for comment.1

In an application for a Special Use Permit, the restaurant was described as a small, eight-seat restaurant. Menu options will include burgers, chicken and sandwiches.

Somewhat less appealing cuisine was likely served in the 1860s, when the then-recently built double-house was used as Union officer’s quarters, then contraband lodging, and later a medical dispensary, according to its listing on LoopNet.

The restaurant is also planning to apply for permits to serve beer and wine on the premises.