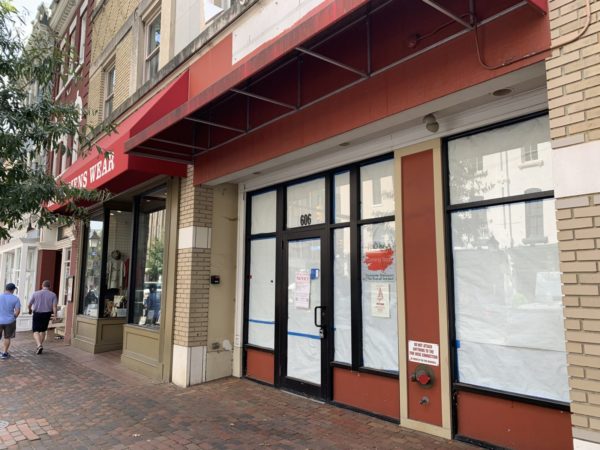 The owner of a new Vietnamese restaurant at 606 King Street says that he plans to open for business in May.

Quang Nguyen, the owner of the Gaithersburg-based Pho Nam restaurant, tells ALXnow that he’s excited to expand to Old Town after nearly a half year of construction.

“We visited the city a number of times, we saw that people seem to be very friendly and open,” Nguyen said. “So, I hope they welcome a new restaurant. If everything goes smoothly, we plan to open in early May. It’s been a while now and we couldn’t build it fast enough.”

Construction on the restaurant is about half finished, and it will seat 48 customers and employ up to four part-time employees. No alcohol will be served. The building was previously home to Breugger’s Bagels, which closed in 2018 after 12 years in business. Neighbors include Noodle Box Old Town, La Tasca and Chipotle Mexican Grill.

Nguyen emigrated to the U.S. in 1977 and opened Pho Nam in Gaithersburg 20 years ago. His nephew, Ryan Le, will be the general manager of the Old Town location.

“He’s been running things over here, helping me,” Nguyen said of his nephew. “He has enough experience to be on his own, and on top of that I will stop by often to help him out.”

A 25-year-old Alexandria man faces multiple charges after being found with a stolen car and allegedly running away from police earlier this month. The car owner told police that someone…