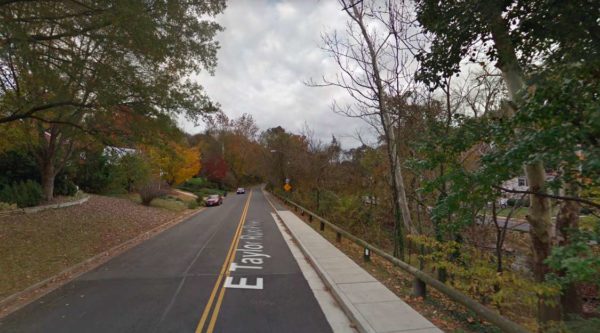 As part of an effort to curtail truck traffic through residential streets, the City Council could add E. Taylor Run Parkway to the list of streets where truck traffic is banned.

On Saturday (Feb. 22) the City Council is scheduled (item #13) to review a potential ban on commercial truck traffic on the street, which connects Janneys Lane and Duke Street.

Commuter traffic has repeatedly been a thorn in the side of E. Taylor Run Parkway residents, particularly with apps like Waze and Google Maps diverting traffic onto side streets to avoid gridlock on the main roads. The Traffic and Parking Board originally approved a recommendation to close the street to truck traffic in 2018.

A similar ban already exists on W. Taylor Run Parkway, though that street has its own share of problems — namely an ongoing spate of parked cars being struck by passing vehicles.

According to city records, there are 23 other streets where truck traffic is banned, most of them in Old Town or connected to Seminary Road.