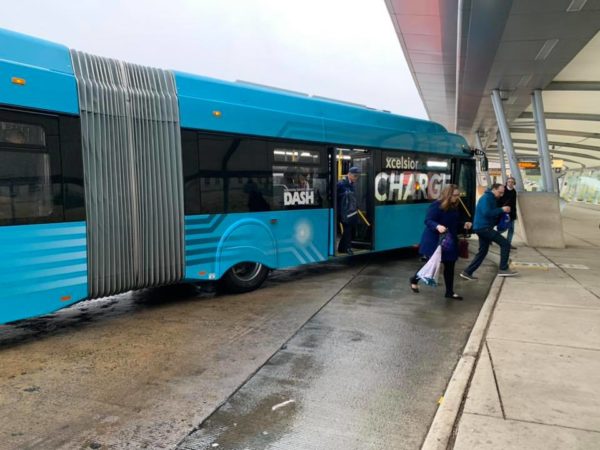 The 60-foot-long Xcelsior CHARGE XE60 bus can carry more than 120 people, and will be available for the public to take a test ride late this week. The event is happening on Wednesday from 4-6 p.m. at Market Square (301 King St.).

DASH has been experimenting with the bus since last week in an effort to replace its older articulated (connected by a joint) buses. The bus is also being tried out on various routes this week, including one used by Mayor Justin Wilson on Monday morning.

A little excitement on my Monday morning commute: @DASHBus is trying out articulated electric buses! pic.twitter.com/3YAfvcGzLi

The bus is made by New Flyer of America, and was provided to the city free of charge during the demonstration.