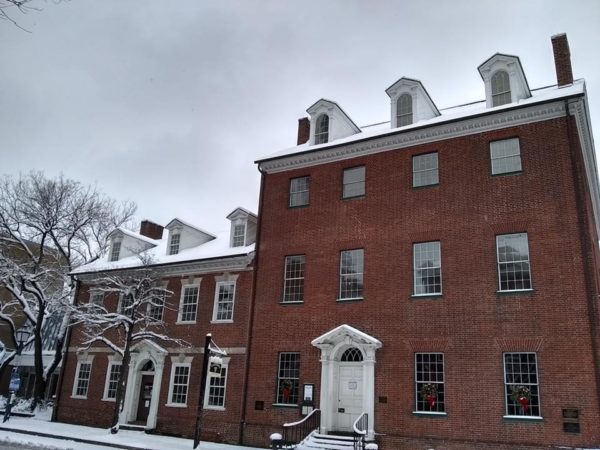 Gadsby’s Tavern is one of Alexandria’s most notable historic landmarks, famous for hosting guests like George Washington and Thomas Jefferson, but a new tour looks at the lives of slaves forced to work at the tavern.

A Complicated Hospitality Tour looks into the stories, experiences and archival records of the men and women enslaved by proprietor John Gadsby, according to an event description. While many depictions of slavery focus on the plantation system, this tour looks at the nuances of urban slavery and aims to explore how slaves lived in early Alexandria.

There are several events throughout Black History Month in Alexandria, including a screening of a movie about an African American woman in Alabama who spoke out against the white men who raped her, and a meeting on Tuesday (Feb. 11) of the Equal Justice Initiative — a group currently working to investigate two lynchings in Alexandria’s history.

Black history in Alexandria has had a prominent focus early in 2020, with the city purchasing the Freedom House museum at 1315 Duke Street, a new art installation on the waterfront focusing on the role of black Americans in the city’s industrial and agricultural origins, and the Manumission Tour Company spotlighting the city’s history with the Underground Railroad.