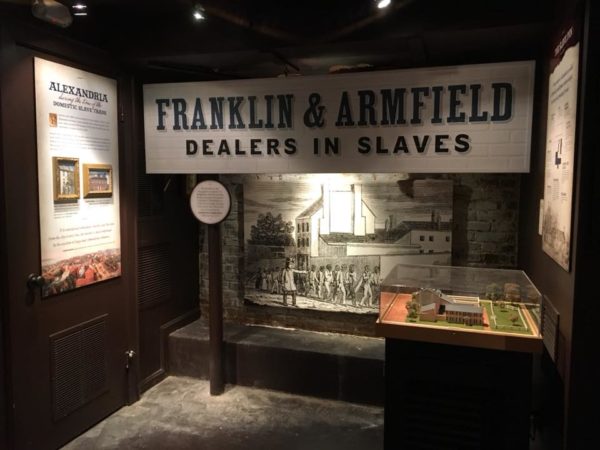 African American history is an integral part of Alexandria, and the port city will take an expanded look at the topic this year, according to the city’s tourism bureau.

Audrey Davis, executive director of the Alexandria Black History Museum, said that all African American interpretations will be expanded throughout multiple sites.

“So, you can go from Alexandria archaeology to Gatsby’s Tavern to Fort Ward to the Black History Museum, to all of our sites to learn about African Americans and the impact that they had on the city,” Davis said. “There’s so much more exciting history to come focusing on African American history. So, join us on this journey.”

Among the sites is Freedom House at 1315 Duke Street in Old Town, which is being purchased by the city. Freedom House was the home to five different slave dealers between 1828 and 1861 and was once the headquarters for the largest domestic slave trading firm in the United States.

Visit Alexandria highlighted the year ahead at its annual meeting at the Carlyle Club on Friday, Jan. 24. Claire Mouledoux, vice president for communications for Visit Alexandria, said that the Office of Historic Alexandria is also supporting a community initiative to develop an African American Heritage waterfront trail, which will launch this year.

“This self guided tour will be presented as an online story map and will highlight people places and neighborhoods from a diverse period of time in Alexandria its history,” Mouledoux said.

The trail will include a north section, which will launch first, and the South section launching later, ultimately featuring more than 20 stops along the water.”

In March, the city will also welcome the new art installation “Wrought, Knit, Labors, Legacies” by Olalekan Jeyifous at Waterfront Park. The artwork will incorporate African American quilting and textile traditions to tell the city’s story as a merchant and manufacturing hub.

Additionally, the Manumission Tour Company will also feature a new tour telling the story of Alexandria’s history with the Underground Railroad. Alexandria City Councilman John Taylor Chapman owns the company and will give visitors tours by using writings of abolitionist William Still and Underground Railroad participants talking about where they lived in Alexandria, when and how they escaped and who helped them.

The city will also claim its Equal Justice Initiative monument in solemn recognition of its two documented lynchings. Alexandria is one of the first communities to claim its monument from the National Memorial for Peace and Justice and the Legacy Museum in Montgomery, Alabama.