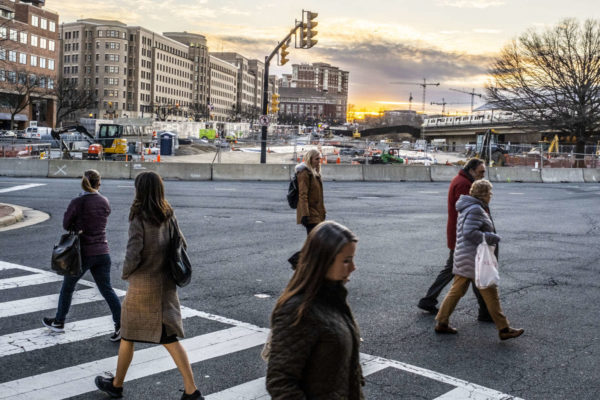 Apartment Building Purchase Complete — “The purchase of an Alexandria apartment building that will provide affordable housing units is complete, the Alexandria Housing Development Corporation announced Thursday. Avana Apartments, a 326-unit apartment complex at 3001 Park Center Drive in the West End, will have some units available at lower costs for households that meet income requirements. It will be renamed Parkstone Alexandria.” [Patch]

Waterfront is Highlight for Local Visitors — “Another standout in the data was attraction to the waterfront. In a portion of the survey where respondents were shown photos of scenes around Alexandria – which included shops along King Street, cobblestone roads and historic sites like Mount Vernon – the photos that performed the best were those with water. ‘Our historic character is really important but showing a place that’s on the water is very inspirational to people as a place that they want to visit,’ Vito Fiore, director of marketing and research for Visit Alexandria.” [Alexandria Times]

No Anniversary Beer for Port City — “Each year for our anniversary we craft a unique style of beer. Sadly, after monitoring the brewing process we have decided COLOSSAL IX does not represent our dedication to great quality beer, and we will not be releasing an anniversary beer in 2020.” [Twitter]