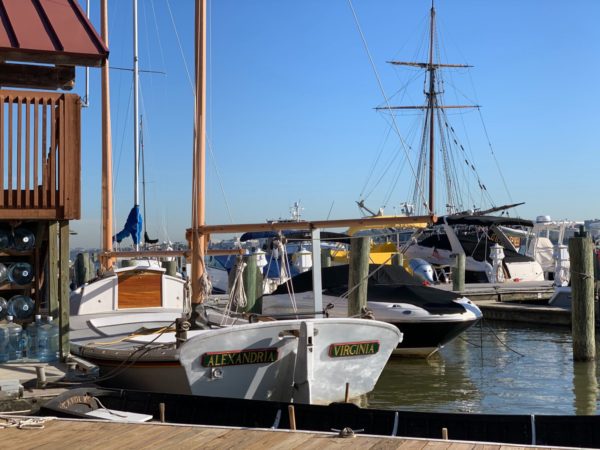 Work Starts on Potomac Yard Metro — “Monday afternoon workers prepared to clear brush and deliver fill for the new Potomac Yard Metro Station… Environmentalists are against the project because it calls for work in nearly 4-acres of wetlands north of Potomac Greens Drive and west of the George Washington Parkway. A permit was approved for the wetlands work on November 15.” [WJLA, Twitter/@ABC7TimBarber, Alexandria Times]

Crash on Telegraph Road — Alexandria police and firefighters responded to a potentially serious crash along Telegraph Road at Duke Street around noon on Monday. A driver, initially reported to be trapped and bleeding from the head, was rushed to a local hospital. [Twitter/@AlexandriaNow]

It’s Giving Tuesday — “Giving Tuesday started in 2012 to promote charitable giving during the Christmas season. Last year, approximately $400 million in donations was raised online in the U.S… Here are some nonprofits to support in Alexandria.” [Patch]

Nearby: Topgolf Closing Soon — “The first Topgolf in the United States will close in January. Dallas-based Topgolf will lay off the 198 employees of Topgolf Alexandria by Jan. 15, according to a Work Adjustment and Retraining Notification (WARN) filed earlier this month.” [Washington Business Journal]

END_OF_DOCUMENT_TOKEN_TO_BE_REPLACED

More Stories
City Council Grapples with Implementing and Enforcing Scooter RulesWhat’s Ahead for the Eisenhower Valley?