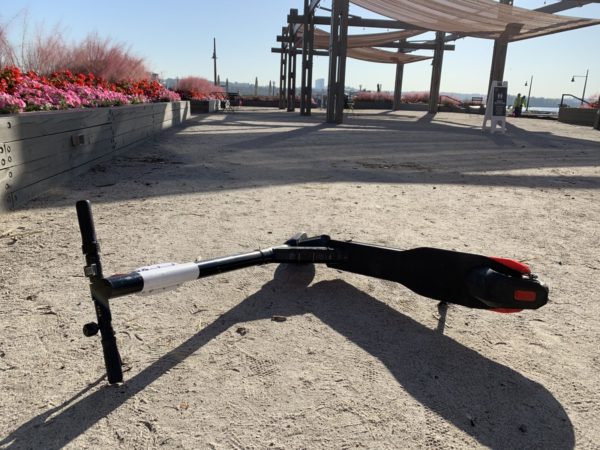 While geofencing for scooters generally means blocking them from scooting through an area, new geofencing measures in Alexandria are aimed at keeping scooters parking in certain places.

New scooter regulations have blocked scooters from parking in a multi-block stretch east of N. Union Street, between Oronoco Street and Prince Street. The result has been an 80 percent decrease in scooter parking on the waterfront, staff told the Waterfront Commission at its meeting last week.

When users try to end their ride in the restricted area, a message will appear on their phone telling them to move the scooter elsewhere. 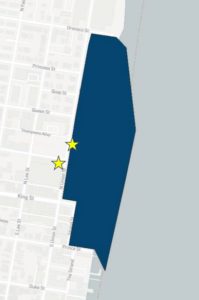 Before geofencing, staff said there were approximately 1,500 scooters parked on the waterfront every month. In September, that fell to around 250.

The city also tried to incentivize legal scooter parking by adding two parking corrals to the area, which have had roughly 400 scooters parked there per month.

Geofencing isn’t a fix-all solution. Staff noted that the geofencing can only cover large areas, with accuracy up to only about 20-30 feet. Despite the decline, neglected scooters littering the waterfront are still a common sight.

The scooter corrals have also become something of a victim of their own success. Staff noted that corrals have frequently been overflowing and scooters have been left on nearby sidewalks.

Staff is currently collecting feedback from the city’s boards and commissions, with Phase II of the scooter program going to City Council for approval next month, for implementation in January.